A SCHOOL is investigating a teacher who said he ‘learns more from the kids’ than they do from him, amid fears he is completely unqualified.

Tom Logan, who claims to be a history teacher, caused alarm at a recent parent-teacher evening by saying, ‘I like to think the children are the real teachers’.

Mother-of-two, Emma Bradford, said: “When my son James isn’t trying to eat food through his nose to see if it tastes different, his main hobby is running round in a circle until he falls over.

“He has no teaching experience at all, apart from the time he taught his sister a song he wrote called ‘You are a fart’. It was one line and it didn’t have a tune.

At a personnel hearing, Logan was asked to explain exactly what the children had been teaching him that was more important than the Great Reform Act or the origins of the First World War.

Logan said: “I just think they’re really wise”, before being told to leave and never come back.

If there's an afterlife Theresa May is getting the shit haunted out of her, say experts 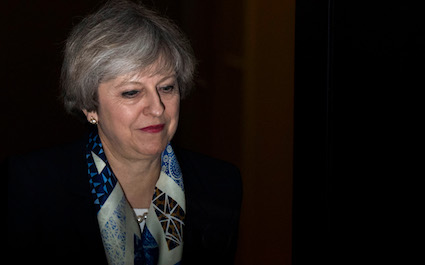 IF life after death is real then Theresa May is going to get haunted to shit, experts have predicted.

Researchers have speculated that the prime minister’s brutal approach to the NHS could see her facing a non-stop parade of poltergeists, phantoms and other angry spirits.

Professor Henry Brubaker, of the Institute for Studies, said: “If ghosts exist then I imagine they will be seeking vengeance. And fair play to them. I’d be fucked off too if I died on a trolley.”

Meanwhile, medium Nikki Hollis insisted her supernatural contacts were planning a particularly hardcore approach to the haunting of the bumbling leader.

She said: “We’re not talking about some weird footsteps or a few lightbulbs exploding, this is going to be The Shining with knobs on.

“These guys are going to make the Enfield ghost look like Casper.”

However some paranormal experts speculated that May could be a spectre herself, most likely an 18th-century school mistress with some serious personal problems.