IVF attacked by people who create nothing but worthless, pointless crap

IVF reproduction has been attacked by a pair of fashion designers who have created a mountain of overpriced rubbish.

Dolce and Gabbana said IVF babies were ‘synthetic and chemical’ before unveiling a pair of idiotic looking plastic sunglasses that cost £350.

Domenico Dolce said: “We use only the finest Brazilian and Nigerian chemicals to create these wondrous eye statements which protect you from the storms of life and help you see the world’s true beauty.

“We carefully attach our D&G logo to the sides so others will know they are in the presence of someone who lives their life as an epic poem.

“And after a while, if you go off them, you can just chuck them in the bin.”

Meanwhile, Stefano Gabbana unveiled the company’s latest fashions including a skirt, a dress and a blouse which would change the world because they are blue and have zips. 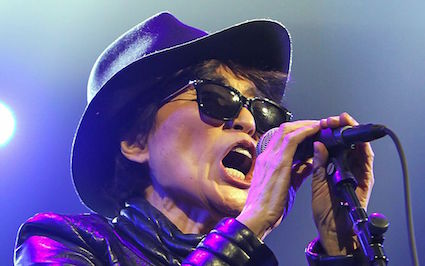 The popular mock Scousers were attending a lookalike convention in London when they bumped into top Yoko mimic, Marika Shirasuka.

Bootleg John Lennon said: “I was instantly taken with her, but I could tell the rest of the lads weren’t so keen. Bootleg Paul kept saying, ‘I’ve got a bad feeling about this’.”

He added: “Anyway, we were having a drink and she said, ‘Listen, why don’t you fuck off those three other dicks, and come and do music and shagging with me instead?’.

“I suddenly thought, ‘Yeah, actually, I’m sick of spending my life copying John Lennon – I’m going to do something different for once, and shack up with an enigmatic Japanese woman.'”

Bootleg Paul McCartney said: “It’s a shame, but I’ve got tons of exciting new projects in the pipeline.