Jim'll Fix It badges to be recalled, melted down and made into statue of Boris Johnson

FIX It badges awarded by Jimmy Savile are to be rounded up, melted down and made into a statue of Britain’s favourite, non-threatening children’s entertainer.

The move comes after reports of ‘negative energy’ around the badges with owners claiming they have experienced bad luck, illness and, in one case, blood oozing from a kitchen tap.

The owners have been told to hand their badges in to their nearest fire station and then run away as fast as they can.

The 14 foot-high statue, entitled ‘Bobo the Mayor’ will depict Johnson blowing up a balloon.

Bobo has a devoted following across the country thanks to his gift for making public statements about everything, some of which have been entertaining.

Bobo said: “Now, who wants to see me bend this balloon into a magic bicycle?”

The plan was agreed after Labour leader Ed Miliband pointed out, quite rightly, that something must be done.

Meanwhile, those for whom Jim fixed it are to be stripped of their experiences.

A huge bonfire will be used to destroy photographs and mementoes from rollercoaster rides, meeting Evel Knievel and helping a vet. 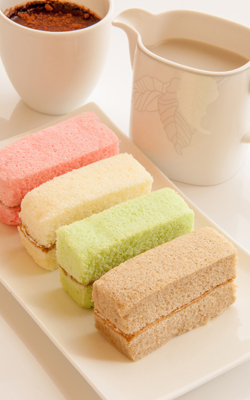 The so-called Second Great Fire began around 9pm last night on the set of the BBC TV cake competition The Great British Bake Off.

At the time the crew were celebrating the victory of handsome young cakeologist John Whaite, unaware that one aspirant baker had left a chiffon cake in the oven.

Because of its notably light texture, when the cake exploded its burning crumbs took to the air like a flaming death-pollen, instantly spreading fiery death over a huge radius.

Among the first victims was host Sue Perkins, who bravely maintained a sardonic demeanour as a flaming marquee collapsed around her.

The fire has since spread across southern England, and is likely to have destroyed London by mid-afternoon.

Historian Roy Hobbs said: “This nation has survived invasion, bombing and epidemics, only to be obliterated by a light entertainment show.”

The Great British Bake Off was co-judged by cake doyenne Mary Berry, who is currently up a tree.

Speaking mid-way through the competition she said: “I never want to see another cake as long as I live.

“The texture, the smell, the whole thing just makes me want to hurl. I used to really like them too.”