THE 17 year-old winner of The Junior Apprentice has been urged to grab a two litre bottle of cider and a copy of Porky’s, the 1980s high school romp, before he turns into an irretrievable tosspot.

Arjun Rajyagor won the title after impressing Lord Sugar with a smart, simple presentation on marketing water to busy professionals which sent a shiver down the spine of every decent person in Britain.

Tom Logan, from the Institute for Studies, said: “We’ve banned smoking in pubs but we’ll stand idly by and let the BBC and the Chief Spiv lure impressionable children into a worthless, money-grubbing life full of corporate lies and marketing bullshit.

“We should have television programmes to see which teenager can have the most sex in one 24 hour period while expressing a torrent of hilariously stupid, ill-informed opinions about big serious subjects.

“We should have programmes to see who is the best at rolling joints, blowing smoke rings and making improvised cocktails from the contents of their parents drinks cabinet, a jug of Ribena and a pint of yoghurt.”

He added: “A culture that encourages 17 year-olds to try and impress Alan Sugar is a culture that needs to be cleansed with fire.”

Julian Cook, a part-time something or other from Finsbury Park, added: “When I was 17 I was in the middle of my transition phase from Strongbow to Foster’s and wanting to have sex with every single woman in the world.

“I was re-watching the bit where you find out why the gym teacher, played Sex and the City‘s Kim Cattrall, is nicknamed ‘Lassie’.

“I was not dressed up in a little suit and getting all nervous about presenting a fictional marketing strategy to the man who developed the Amstrad emailer.”

We're too busy to take a break, say arseholes who aren't really 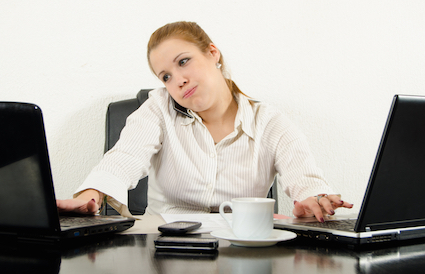 OVER half of Britain’s office workers are tedious sods playing the martyr to make everyone else look bad.

The Institute for Studies found that 54 percent of desk-based workers are deliberately making a massive deal out of being too busy to have a break, despite it being obviously bollocks.

Professor Henry Brubaker said: “They won’t have lunch or fag breaks and will be in the office for 12 hours a day, at least eight hours of which are spent telling anyone who will listen how they are under crazy amounts of pressure and then sighing in a loud, exaggerated manner.”

Brubaker said this flimsy pretence contradicts recent data showing the average office job would occupy less than 15 minutes a week if everyone just stopped titting around.

He added: “There’s no actual reason why they can’t go outside, like normal humans. And yet they insist on acting like some perverse contradiction of Captain Oates, offering to ‘stay inside for some time’ as a grand gesture of human sacrifice for the good of their fellows.

“They are such fuckers.”