A LOCAL community has been banned from painting an England flag on the side of a building just because they want to use the blood of dead Argentinians for the red bits.

Left-wing council chiefs in south London said the image could be offensive to people who were not supporting England, or who simply did not like the idea of a huge public mural made from human blood.

But Wayne Hayes, a local builder who designed the World Cup morale booster, said: “I’ve spent a lot of money luring Argentinians over here and then culling them in my shed. What am I supposed to do with all these buckets?”

Hayes and his colleague Stephen Malley have already paid tribute to the England team by completely covering the windscreen of their Transit van with a large England flag.

Malley said: “It’s great driving down the High Street and hearing everyone beep their horns in support.”

And the pair have also been praised for bricking up the entrance to the local A&E department and painting an England flag on it.

But Hayes revealed: “Sure enough, a man from the council comes along and says we have to knock it down ’cause it could stop people from getting life-saving treatment. But we kept telling them, ‘it’s got the England flag on it’.”

Meanwhile Bill McKay, a bank manger from Stevenage, has spent the last four months sneaking into local cemeteries at night and digging up bodies for his 1200 square metre corpse collage of the St George’s Cross.

He said: “Some of the corpses are in the home strip and some are in the away strip. I’ve given this a lot of thought.

“But sure enough, last week a man from the council came round and said it was easily the most disgusting thing he had ever seen. Can someone please tell me what’s happened to this country?

“If I had used them to create a swastika or a picture of a man having sex with a chicken then I could see his point, but this is just lefty, gayboy nonsense.”

Martin Bishop, from Peterborough, added: “I’ve had little England flags tattooed onto the inside of my eyes. They had to go in through the back of my head with a drill and gouge out some of my brain. But I suppose that should have been banned as well, should it?

“Actually, come to think of it, it probably should. I can’t see anything and I’m pretty sure I’m going to die.”

Obama Starting To Sound Like A Bit Of An Arse 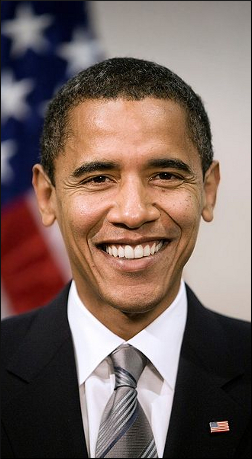 PRESIDENT Obama’s handling of the Gulf oil spill is starting to make him come across as a bit of an arsehole, it emerged today.

In the past week British liberals have become increasingly distressed at the president’s political exploitation of anti-UK sentiment and his constant use of the world ‘folks’.

And as the White House threatened legal action against BP but none of the American companies it was working with, Britons who just 18 months ago were cheering on the Obama campaign have this week found themselves quietly typing the word ‘Bhopal’ into Google.

Julian Cook, from Finsbury Park, said: “He’s using all these phrases like ‘kicking ass’ and ‘nickel and diming’ whatever the hell that means.

“John F Kennedy would never have used the word ‘ass’, unless of course he was humping one for the fourth time that afternoon.

“And he keeps saying ‘folks’. ‘We gotta do somethin’ to help those folks down there in Louisiana’. Does he mean ‘people’?.”

He added: “I’m sure it’s not an affectation. It probably seeped into his sub-conscious when he was editor of the Harvard Law Review.”

Martin Bishop, a West Wing fan from Hitchin, said: “This morning I saw a quote from Norman Tebbit – Norman Tebbit – saying that the Americans do seem to have forgotten how one of their corporations dealt with the disaster at Bhopal.

“So anyway, here’s some interesting facts. The Bhopal gas leak killed an estimated 16,000 people and directly affected around 500,000. Union Carbide eventually paid out $450m in compensation. Which is an average of $900 per person. So, as you can see, they really did somethin’ to help those folks down there in India.”

Julian Cook said: “I’m not sure how these words are coming out of my mouth, but Barack Obama has made me agree with Norman Tebbit.

“And now you’ll have to excuse me because I think my fucking head’s about to explode.”