Keytars to be allowed in prisons

THE ban on musical instruments in prison does not include cool synths, it has been confirmed.

Chris Grayling MP, a former member of Ultravox, confirmed there is no ban on Moog synthesisers, keytars, drum machines or the theremin.

He said: “The majority of inmates are either violent offenders or people who feel they have been treated badly by society, so give them guitars and you get either predictable cock-rock or whining indie miserablism.

After almost six decades of jailhouse rock with no effect on rehabilitation were taking another approach.

Under new rules, prisoners forming synth-pop bands, rave collectives or embarking on the creation of epic ambient soundscapes may be allowed out on tour.

Pentonville inmate Tom Booker said: You cant walk down C-Block without hearing an innovative take on the Bronski Beat sound these days.

Every cell has one bloke banging on the bars and shouting while the other one stands silent and menacing in the shadows, just like the Pet Shop Boys.

We could do with some expert help, though  six lads have been blinded trying to learn Jean Michel Jarres laser harp  so Ive arranged for a mate on the outside to frame Vince Clarke for murder. 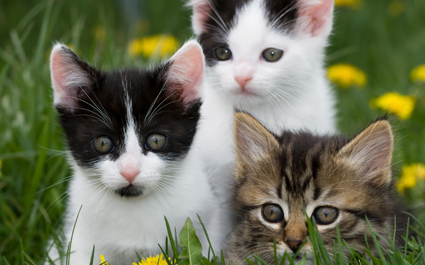 KITTENS are at a point of maximum cuteness beyond which they will no longer be a mental balm, experts have warned.

Professor Henry Brubaker of the Institute for Studies said: “Over the last century kittens have become increasingly fluffy and large-eyed.

“Also their playfulness has intensified, causing kittens to be photographed in extremely cute scenarios involving upturned hats and flower beds.

“However our projections show that kittens have hit a ‘cuteness wall’. If they get fluffier they will simply suffocate, and if their eyes become any larger they will fall out.”

Professor Brubaker warned that bored office workers would no longer be able to use online kitten pictures as a respite from existential angst: “Kitten imagery is like antibiotics, we’ve built up a tolerance through over-use.

“As cuteness stagnates we will grow frustrated with kittens and even start to see them as little bastards.”

“It’s true though, I’m over kittens and puppies don’t cut it any more either. In desperation I’ve even tried looking at YouTube clips of baby fish, but they’re just floating slabs of muscle with cold staring eyes.”