THE stupidest people in Newark were bereft today after being denied the chance to vote for Nigel Farage.

The towns simpletons will still be able to vote for a UKIP candidate, just not the famous one off the television whose mouth is full of ‘sense’.

I wanted to touch Nigel. Really, really touch him so that he would notice me and then we would become friends.

He added: Im wearing an eyepatch because I had an accident involving a boiled egg.

Jane Thompson, who leapfrogged McKay last week to become the towns 16th stupidest person, said: Obviously Im sad, but Im sure the UKIP candidate will be very nice and not racist in public.

I do think it would be best for everyone if Lenny Henry went back to Swaziland.

The by-election was caused by the resignation of Tory MP Patrick Mercer, who was so stupid he actually got caught-out by an undercover reporter offering cash for questions. 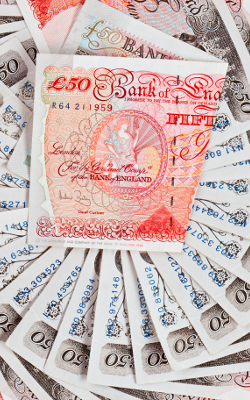 DRUG importers, kidnappers and public officials bribed with suitcases of cash have been warned to bank their £50 notes.

The notes featuring Sir John Houblon, the first British man to bring a boatload of opium up the Thames, are being taken out of circulation after years of illegal service.

A spokesman for the Royal Mint said: “Check old attaché cases, duffel bags and the emergency stash for when the shit goes down to make sure you don’t end up tens of thousands out of pocket.

And dont forget that wad of fifties you stuffed down your trousers when the Butterfield blag went south. We can wash Cokey Steves blood right off.

The new £50, to be brought into circulation later this year, features the traditional Queen-in-a-ski mask design on one side and an engraved portrait of notorious British drugs trafficker Curtis Warren on the reverse.

Career criminal Joseph Turner said: Its the lads doing bird I feel sorry for. Theyve got their pension plans sitting in the boot of a Ford Sierra in a Bermondsey lock-up, and come midnight its gone like Cinderellas coach.”

Inspector Helen Archer of the Metropolitan Police said: £50 notes are the wages of sin.

Any member of the public who comes into contact with one should turn themselves in for money laundering and expect a stiff sentence.

Unless, of course, they work in the City.