THE last bit of a sausage has been forced to watch his fellow breakfast ingredients being devoured in front of him.

Mouthful of sausage Martin Bishop was the only remaining survivor of a full English breakfast that was eaten this morning, and says he’s not sure if he can deal with the memories.

Bishop said: “First a load of the beans went, then the yoke of the egg was split in half.”

“Then he started on the sausage and I thought that was it for me. But he left me. Left me to watch as he mopped up the last of the sauce with a little bit of toast.

“I feel a mixture of relief and guilt. Although I think all sausages carry a bit of guilt and shame, just for being sausages.”

Bishop is now dealing with the trauma by talking it over with other remaining bits of breakfasts in the cafe’s bin.

Getting ready to go out much more fun than going out 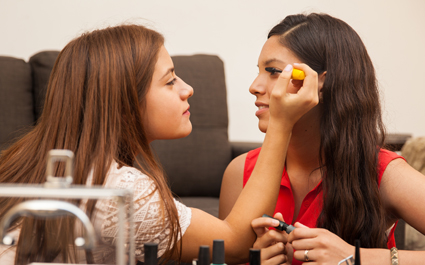 GETTING ready for a night out is infinitely more fun than going out, scientists have confirmed.

Research from the Institute of Studies found that choosing what to wear while listening to music and drinking booze is a lot more fun than a cramped bar with music so loud you cannot speak to the person next to you.

“And by that I mean the time between half six and half nine when me and my friends are drinking vodka, listening to our favourite songs, doing our hair and being able to catch up on what’s being going on in each others lives.

“The bit where we’re queueing up for the club in the pissing rain, before waiting half an hour to get served and then have to pay a fiver for a bottle of room temperature lager is the bit where it’s not as fun.

“But how else are we going to get pictures of us looking like we’re having a good time?”

However Tom Booker said: “I have a shave, get dressed, neck a bottle of Brandy and fall asleep on the couch.

“Then I wake up in the morning £100 better off with pretty much the same hangover. Win, win.”