THE only man who still believed that government initiatives would turn Barnsley into Europe’s answer to Palo Alto has died.

82-year-old Rotherham resident Roy Hobbs remained convinced by George Osborne’s vision of a revitalised North of England with such an amazing rail infrastructure its citizens could get to a well-paid job in London in less than 35 minutes.

It is believed that news of the proposed Leeds-Manchester road tunnel filled Hobbs with such optimistic joy his heart simply exploded.

Hobbs’ son Keith said: “My father had unshakeable faith in the Chancellor’s vision and never wavered from his conviction that a new £200 million cross-North transport smart-ticketing policy would convince Google to relocate its headquarters to Wakefield.

“Dad never once responded to waiting for a bus to Doncaster in the pouring rain for 40 minutes by muttering, ‘Northern Shitehouse, more like.’

“And while others greeted the news that the bakers in Keighley had run out of pies by quipping ‘Yet another great leap forward for the Northern Poorhouse’, he steadfastly refused to join in with their bitter laughter.”

Hobbs’ neighbour Tom Logan said: “He also believed that fitting starlings with microchips could create an avian internet hub, so he was basically a mad twat.” 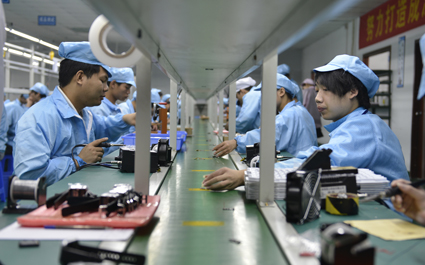 TECHNOLOGY giant Apple has unveiled a new kind of production line worker that only needs feeding every other day.

As part of its ongoing commitment to innovation the company has shaved six inches off its Chinese assembly operatives and altered their metabolism so that they require less food.

A spokesman said: “The challenge for us has always been how to make our workers more compact without compromising vital components like hands and eyes.

“Then we realised they didn’t really need their feet if they were going to be sitting down all day. That was the eureka moment.”

Adjustments to the workers’ digestive tracts mean that they absorb nutrients more effectively than the previous Worker 6.1 model and can run for two days on just a banana and a handful of salad leaves.

A brand new Apple Worker SE, known to his family as Li Qiang, said: “I am tired.”