THIS week the government announced plans to start Latin lessons in 40 state schools. But what other vital life skills does every Brit need?

To get on in life you need to know how to handle a fancy dinner. For example, ordering a £1,000 bottle of red wine in the most obnoxious way possible or knowing which fork you should use to angrily throw at the waiter when your meal doesn’t arrive instantly.

A skill it’s critical to learn. How else will you be able to lead a hunt on brisk December morning and see a fox or five torn to shreds? For bonus life skill points learn how to play the bugle too. Apparently people also go horseback riding for leisure without killing any wildlife. Weirdos.

Latin is a vital second language which opens up a whole range of career options like being the Pope. Plus Brexit has made learning Spanish, German or French a bit of a waste of time. And what are you going to learn instead? Mandarin? What are you, a Chinese spy?

Old fashioned, sure. But if you’re in a pub and someone knocks over your wife’s pint, instead of letting them amicably buy her another, you can slap the perpetrator with your glove, demand ‘satisfaction’ and then meet them outside. The next step is running them through with your broadsword in front of Costa Coffee.

Cup A Soup, and four other bleak as shit lunches 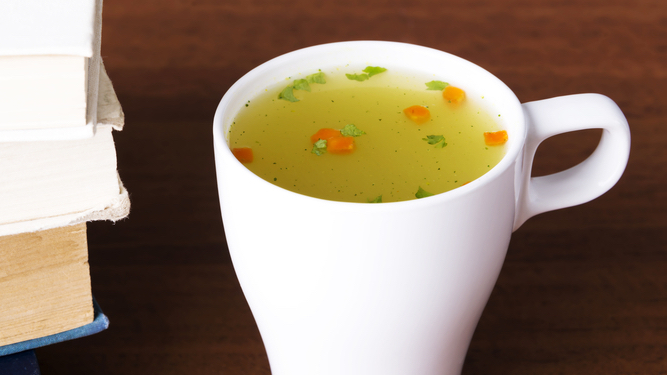 SOMETIMES you’ll look across at a colleague in work and see the dogshit lunch they’re having and you’ll be filled with pity. Here’s their awful food.

Until ice becomes an acceptable sandwich filling, slices of cucumber are the closest you can get to having water in a sandwich. Aside from how profoundly dull they are, they absolutely do not travel, or keep, well. Seeing someone peel clingfilm off a pulped mass of soggy bread and cucumber at 1pm is one of life’s great tragic sights.

Why not bring the vibe of wartime rationing to your lunch-hour with Cup A Soup? Make your colleagues sick with envy that they aren’t also tucking into some tepid chicken-flavoured water in a mug.

Most offices will have one health-obsessed employee whose meals are centred entirely around the concept of protein consumption. Usually a sad-eyed but profoundly muscle-bound 30-year-old in a too-tight shirt, they will chug litres of protein shakes daily – except for their cheat day – where they will consume five plain boiled chicken breasts.

There is absolutely no excuse for cooking a burger in a microwave. And yet some people will gladly slide one of these monstrosities into the kitchenette’s one microwave each day, making the whole office reek of bad beef.

Your lunch hour is supposed to be a time of relief. A brief reprieve from the tedium of work. Well imagine the dread you’d feel in the pit of your stomach as you saw lunchtime approaching knowing that all you had rattling around in your sad little lunch box in the communal fridge was a pair of pre-peeled hard-boiled eggs.