The Danish toy company was branded ‘dangerous’ and ‘irresponsible’ by a government watchdog, following complaints about the unrealistic physical standards its figures display.

Mother-of-two Donna Sheridan said: “My youngest son turned to me yesterday and said, ‘Mummy, I hope I grow up to look like a Lego man.’

“It was heartbreaking. I had to sit him down and explain that his hands will never come to resemble half-eaten Hula Hoops, nor will his head develop a circular growth onto which various hats and hairstyles can be clicked.

“He was inconsolable. I hope Lego is happy with itself.”

Julian Cook, a father of three, said: “Lego is promoting an aesthetic standard that is simply not achievable for human beings. My 12-year-old daughter spends all her time trying to make her body shorter and stockier, and her nose disappear completely.

He added: “How do those Danish bastards sleep at night?”

Pollen told to f**k off 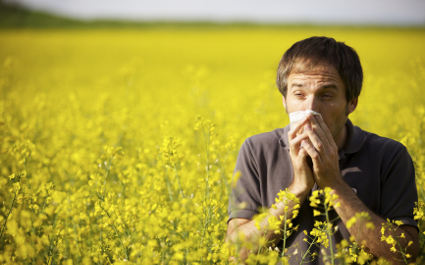 EXTREMELY high pollen readings across the UK today will correspond with pollen being  blamed for everything.

Red eyes and streaming noses will be highest across the south, where pollen will be called an “irritating wanker” by cockneys and “an absolute bloody ballache” in Hampshire, and lowest in the north-east where men will fight after accusing each other of crying.

Forecaster Susan Traherne said: “From sunrise tomorrow, an advancing front of cursing summer and all its evil works will move from the south-east across to Swindon by lunchtime.

“In the Midlands, expect to see millions explain that they haven’t got a cold and it’s just pissing hay fever again as the afternoon wears on.

“Over in Wales, anyone living in an Area of Outstanding Natural Beauty will be fervently wishing it was concreted over as we move into evening, and expect to hear everyone in Devon and Somerset muttering vile threats inside with all the windows closed until well after sunset.

“And the good news is that the pollen count will be high again tomorrow, because trees are like ants and the Kardashians in that they really, really want you to know when they’re in the mood to fuck.”