Daily Mail ready to impregnate you

THE DAILY Mail has assured its female readers that it will make them pregnant if they are still childless by 35.

Britain’s most virile newspaper has vowed that any women who reach their mid-thirties with their precious eggs unfertilised can count on the Mail to safeguard the biological future of the realm.

Editor Paul Dacre said: “Too many women have waited too long to breed and are now wizened, barren, 35-year old hags.

“Should they be unable to find husbands of their own, perhaps due to their crone-like appearance or their ugly insistence on having their own lives and careers, then the Daily Mail stands ready to step in with our gallant, patriotic sperm.”

Experts believe that the news will be of great interest to the 12 Daily Mail readers who are under the age of 58. 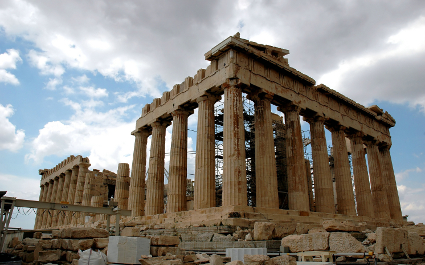 GREECE is not a real place and its debts were just a dream all along, it has been agreed.

The Eurozone crisis, which looked set to trigger a transcontinental meltdown within the next few days, has been explained as ‘a thrilling story like in the Bourne films’.

European Commission president Jean-Claude Juncker said: “Greece? Nobody has been taking that old fairy story for real, have they?

“Perhaps there once was a real Greece, but long ago it sank beneath the waves. The only Greece that exists now is of the imagination, a land of capering satyrs and bull-headed men in labyrinths. It is no more real than Oz or Narnia.”

He added: “Any suggestion that a magical land owed us 330 billion euros without which we would go bankrupt is ridiculous. See, the money is still there in our accounts.”

Tom Logan, from Cambridge, said: “I did think when I was watching Captain Corelli’s Mandolin, that it was a complete load of made-up bullshit.

“It also means I can stop worrying about that bloke I ran over in Corfu in 2003.”