A LOCAL newsagent has an astounding array of pornographic magazines, it has emerged.

Despite having the outward appearance of a conventional news agency, Cheltenham-based R Hobbs News has four shelves devoted to pornography, more than half of its total magazine stock.

Visitors reported seeing all the commonplace pornographic magazines like Penthouse and Playboy alongside more obscure titles like Viking and ‘value selection packs’ containing three magazines in a plastic bag.

Pharmacist Emma Bradford said: “I’ve never seen anybody buy one, apparently there is an oldish man in a cowboy hat who comes down once a month and sweeps up the lot.”

Shop owner Roy Hobbs said: “All I care about is whether or not you are buying anything.

Miliband: ‘I will deliver for drunk women’ 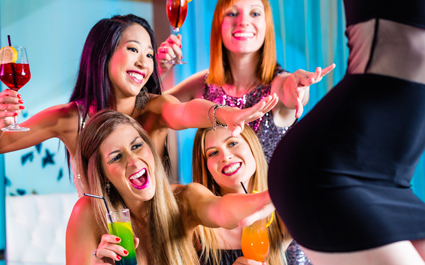 ED Miliband has unveiled a raft of policies aimed at drunk women after high-level talks with a hen party.

Miliband said: “Large groups of drunk women are the backbone of our economy, yet nobody is listening to them which is why they seem strangely angry.

“During the meeting I discovered concerns about the cost of limo hire, problems with losing their coats and a general shortage of fun.

“My message to drunk women is that I get you, I don’t think you’re being too emotional but I am a married man so please don’t kiss my forehead.

“Also I don’t quite understand what you’re saying about someone called Mandy being a bitch. I’m sure you’re right though.”

However hen party member Mary Fisher said: “We only got on his campaign bus because we thought it was a kebab van.

“But it turned out ok because one of the things on our list of dares was ‘terrify a nerd’.”