A 21-YEAR-OLD student has refused to make any tiresome excuses for not voting.

Mary Fisher, from Hull, decided against trotting out any sanctimonious bullshit about how none of the main parties really speaks to her as an individual, or claiming to be an anarchist.

She said: “I would maybe vote for whoever would give me a Top Shop voucher, but as that isn’t happening I simply won’t bother because I don’t care.

“Make of that what you will, but at least I didn’t go into a lengthy monologue about my dreadful lack of prospects, alternative forms of democracy or some half-baked drivel about Trident.

“I am not going to vote and it is my fault because I am going to be in bed eating some toast.

“You may find that annoying but it is less annoying than being young, sad and smug all at the same time.”

She added: “Anyway I think I’ve lost my polling card.” 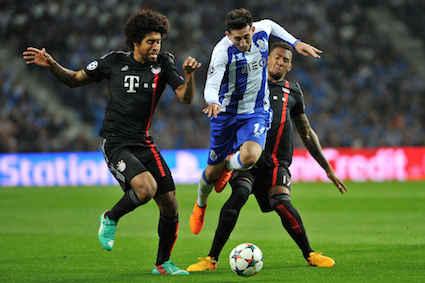 THE absence of English sides from the Champions League quarter-finals has seen a disturbing increase in tactics and short passing.

English fans have expressed disgust at the way the continental teams made no attempt to sprint wildly after every lost cause, while some players even passed the ball backwards.

Martin Bishop, from Stevenage said: “I can understand parking the bus, hitting the flanks, and at a push, the corridor of uncertainty.

“But if your gameplan can’t be summed up in three words, it makes me frustrated, angry and a bit frightened.”

The link between tactics and on-field success has led some experts to predict the decline of traditional English skills, like shouting and pointing.