AREAS of London are effectively no-go zones unless you know about specialist coffee, it has emerged.

Bearded, wild-eyed young man with extreme views on beans and filtration effectively control large parts of the capital, operating from minimalist premises with bikes on the walls.

“Apparently they have a whole ‘philosophy of coffee’ – it says so in fancy writing on the wall – which appears to involve facial hair, being overly confident and probably persecuting tea drinkers.

“I like a cappuccino as much as the next man but they’re all ‘-gato’ this and ‘-sippi’ that, it’s alienating and feels somehow secretive.”

Hackney resident Mary Fisher said: “I always thought cafes were friendly, community places but they’ve been taken over by an element that thinks coffee is a religion.

“You see the young people going into these places, they start listening to FKA Twigs, wearing short trousers with no socks and promoting musically eclectic club nights. The charismatic baristas brainwash them into believing they are amazing.

“I think they’re plotting something. Not sure what, but I’m certain it will be annoying.”

Daily Mail flood appeal to help houses but not people 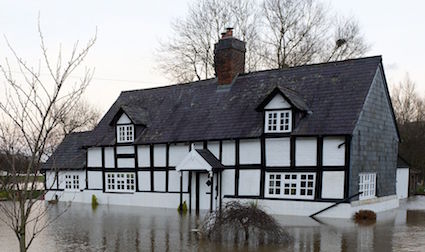 THE Daily Mail has launched an appeal to restore flood-damaged houses to their former market value.

The newspaper has set up the ‘Help the Houses’ fund to provide emergency relief for properties that were worth at least £400,000.

Editor Paul Dacre said: “When I saw a heartbreaking picture of a beautiful Edwardian five-bedroom home with a large, mature garden, a conservatory and a double garage reduced to a waterlogged mess, I realised we had to do something.

“Houses are Britain’s silent heroes, spending their lives increasing in value and asking nothing in return except routine maintenance, a good school nearby and an absence of neighbourhood multiculturalism.”

Today Dacre will visit a flooded home worth £535,000 in a desirable part of Cumbria to observe repairs taking place, before telling the owners to ‘fuck off and live in a field’.