A VIBRANT luxury development in East London has been demolished to make space for a drop-in centre for locals of all ages.

The two-year-old ‘high-end’ apartments had been a feature of the area for as long as most local residents remember.

However, the local council overrode objections, insisting that they would have to be razed to the ground to give way for a hall where people can play dominoes, table tennis or gather around a piano to sing songs.

Joseph Turner, one of the residents who lost his design-led open plan living space, said: “We who lived there are the glue that binds East London. We give this area its vitality and sustain its characteristic boutique stores that sell cat pyjamas.

“This community hall idea is a backward step away from comfortable social isolation.

Vegemite should be restricted because it tastes like graveyard soil, say campaigners 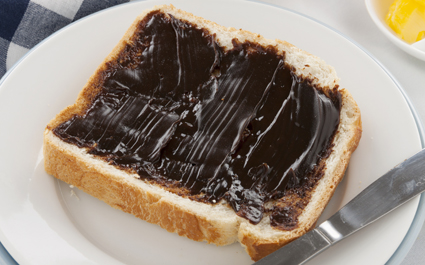 CAMPAIGNERS have called for a ban on the sale of Vegemite because of how it tastes.

The unpleasant spread is highly popular in Australia, and often used to numb the pain associated with skin cancer, isolation, and cricket.

But activists have called on the government to restrict its sale, claiming it makes Marmite-coated Twiglets seem like the peak of gastronomic refinement.

Anti-Vegemite League founder Nikki Hollis said: “The rush of nausea when your first encounter Vegemite briefly lets you forget you live in a nation whereculture is represented by soap operas, surfing, and soap operas about surfing.

“It’s a tar-like drug that distracts us from making more good films like Mad Max or the one about disappearing schoolgirls on a rock.”

Scientist Mary Fisher said: “Anyone who says Australia has no culture has clearly never examined their Vegemite under a microscope.

“We recommend spreading a thick layer of Vegemite on a slice of toast or savoury cracker, and hurling it into the nearest incinerator.”

Vegemite fan Donna Sheridan said: “You’ll take my Vegemite from my cold, dead hands. At least, that’s what they smell like after handling Vegemite.

“I like it because of the aftertaste, when I no longer have Vegemite in my mouth.”