Lying about the length of your commute is lying to yourself

LYING to friends and colleagues by claiming your commute is 20 minutes shorter than it is means you are lying to yourself, experts have confirmed.

Solicitor and habitual commute-shortener Carolyn Ryan said: “I’m lucky. I only have to hop on a bus into Dudley, then it’s a direct train to Birmingham New Street. A breezy 45 minutes, maybe 50 on a bad day.

“I get all the benefit of living in the countryside while having all the amenities of the city. Hashtag winning.”

But colleague Joanna Kramer said: “I’ve seen Carolyn at the bus stop and I know that journey’s an hour plus easily. 90 minutes if something fucks up. I don’t know who she thinks she’s fooling.

“Meanwhile, because I drive, I’m here in probably not much more than half-an-hour. Traffic? I’m very good at dodging that.”

Professor Henry Brubaker of the Institute for Studies said: “Commuters lie because otherwise they would have to admit they spend ten or more hours a week bored, frustrated and wasting their lives.

“But ultimately, they are lying only to themselves. And, despite what Carolyn tells her doctor, she also still smokes.”

Try to work as more of a team, rabid dogs advise Tories 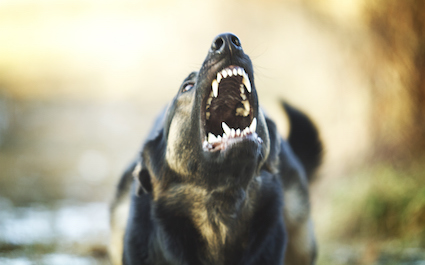 A PACK of slavering, rabid dogs has advised the Conservative party to bury their differences and work together.

The dogs took a brief break from nipping each other, growling menacingly at rivals and singling out weaker members to kill them to counsel Tory MPs not to do anything rash.

Alsatian Tom Logan said: “Listen, I’ve been shaking and frothing at the mouth for ages. All the lads have started calling me Cujo. And even I’m saying chill out.

“I know, I know, when you’re in a foaming rage, everything looks like a bared throat. But the lone dog gets shot dead. That was the moral lesson of To Kill A Mockingbird.

“Sure you’ve got the red mist. Sure, you could take Leadsom down but this new defence guy could take you down but your backbench buddy could take him down. But could you do more damage as a collective?

“You can’t run a pack on nothing but scraps of bloody fur. But hey. I know in this case I’m the cooler head.”

The advice follows proposals from the EU to impose six months of compulsory quarantine on Conservative MPs travelling to the continent, to control the spread of infection.