THE Daily Mail today pledged it would die before surrendering the right to publish photos of Seraphina Affleck.

Editor Paul Dacre said a truly democratic society was built on the fundamental principle that the people, via a free press, had the right to hold the Good Will Hunting star’s two year-old daughter to account.

He added: “If we did not publish photos of Miss Affleck three of four times a week then she would inevitably become complacent and corrupt.

“It is only though constant scrutiny of her trips to the park that can we protect Britain against tyranny.”

Dacre also said that statutory regulation of the press could allow six year-old Suri Cruise to ‘literally get away with murder’.

Defending the ‘incorruptible telephoto lens of toddler accountability’, he added: “Because of state-sponsored walls, doors and curtains we are unable to photograph Miss Cruise every single minute of the day.

“How many has she already killed?”

Dacre, who has been backed by the brave editors of the Sun, Heat magazine and the Spectator, warned that without a free, self-regulated press, Reese Witherspoon’s infant son would no longer have to answer probing questions about his little outfits.

He said: “We face the prospect of shady deals in smoke-filled rooms that will result in a tiny pair of dungarees.” 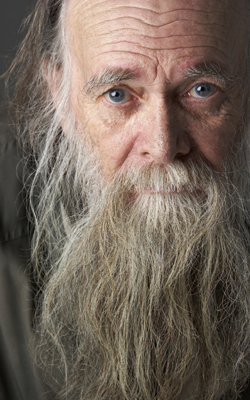 APPRECIATORS of super strength lager’s complex flavours feel they are being victimised by the government.

The introduction of a minimum alcohol unit price has enraged those who appreciate powerful, reasonably priced lager on a purely aesthetic level.

64-year-old bon viveur Stephen Malley, of no fixed abode, said: “There is a stigma attached to lager of a strength above 8%, that it is the preserve of so-called ‘pissheads’.

“But the joy of Super T is in the delicate aroma. It’s subtly autumnal with a woody undercurrent, so evocative.

“Flavourwise it is a mass of delicate complexity. So many different notes coming through – a hint of peach there, perhaps the subtlest whiff of – could that be cinnamon?

“Special Brew, by comparison, is a more robust flavour somewhat redolent of the Highlands.

He added: “May I ask, do you have some change? Perhaps a pound. I need to avail myself of a bus.”