Man about to try and use his friend's shower

A 31-YEAR-OLD man is about to try and fail to use his friend’s puzzling shower system, it has been confirmed.

Tom Logan wanted to hose off the detritus he had accumulated overnight while sleeping on his friend’s sofa bed and mistakenly decided that their shower would be an easy way to do this.

He said: “What could go wrong? All I have to do is strip off and then get my head around an unfamiliar piece of plumbing while I’m naked and shivering.

“I’ve used both manual and thermostatic shower valves in my time, so I reckon I’ll be okay with whichever system my friend has installed.

“How the f*ck does this work?”

Friend Nikki Hollis said: “I usually give guests ten minutes to flounder like a wounded animal struggling to escape a bear trap before I step in to help.

“See the pin between the taps? Pull that up and try again. Do you need me to come in and show you?”

How to lay the groundwork for a sickie 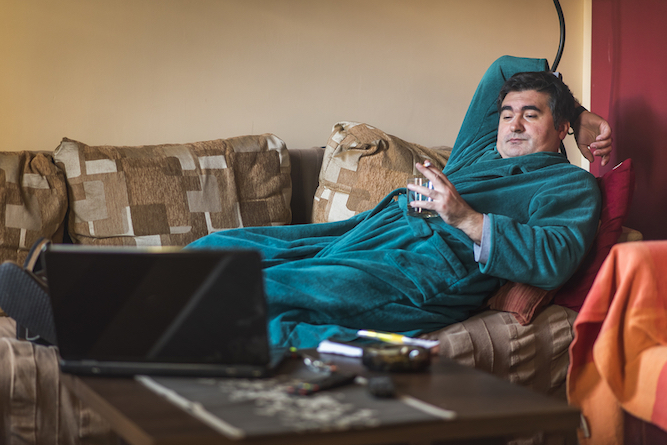 EVERYONE likes to throw a sickie but how can you do it without getting caught? Let’s take a look…

Getting into the subconscious of your employers and or fellow employees can be very useful and social media is the best way to do it. For example, if you post, ‘My stomach really does feel a little off at the minute, hope there’s nothing going round’ on the Sunday and then don’t turn in on the Monday someone in the office will say, ‘He did post something about having a bad stomach yesterday,’ meaning they will at least, in theory, give you the benfit of the doubt. Just don’t post a picture of yourself on the piss with your mates the next day.

Ring up and say you’re feeling a little unwell but you really, really want to come in
You can ring up on the day and say things like, ‘I’m feeling a bit sick, well sick as a dog actually, the kind of thing I could even pass on to other people but I do really want to come in and finish that report,’ and whoever you’re talking to in the office will then say, ‘No, if you’re going to risk other people being off you should stay at home’. Then make sure to hang up and don’t say, ‘Haha the silly bastards believed me,’ before noticing you haven’t actually hung up.

Just say, ‘I’m taking a sickie to stay at home and get stoned all day’
Honesty can be the best policy so why not just say, ‘Listen, I could say I’m sick and put on a cough when I ring up but what would be the point? Instead I’ll just be honest and say I’m not coming in as I have the house to myself for a couple of days so I’m going to be get off my tits and watch videos on Youtube. See you next time I’m in’. If you don’t get fired it will work brilliantly.