A MAN has given his girlfriend an Easter egg after getting his dates mixed up.

Wayne Hayes knew this was one of those days when you have to buy a card and a thing from the 24-hour garage, so assumed it was Easter because they had chocolate eggs for sale.

He said: “When she unwrapped the egg it seemed that she was sort-of cool with it. I mean you’ve got one large milk chocolate egg and two Wispas in a presentation box, it’s a good present whatever the time of year.

“Things only turned sour when she opened the card which had a picture of a rabbit with a basket underneath the words ‘Have an Egg-citing Easter’. She went in the other room and shut the door, I thought I could hear crying but I expect she’ll be alright later on.

“We’ve been together four years.”

Hayes’s girlfriend Nikki Hollis said: “He seemed nervous this morning and I actually thought he was going to propose. I don’t even like Wispas and he knows that.”

Nobody actually wants to go out 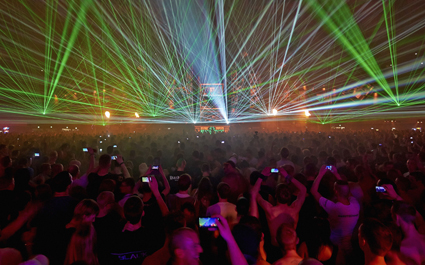 EVERYONE who plans to go out is secretly hoping that their friends all drop out, it has been revealed.

The Institute for Studies found that the sole reason people end up meeting up in their spare time is because neither side has managed to get the event cancelled.

Professor Henry Brubaker of the Institute for Studies said: “People love arranging to meet up because it makes them feel ‘in demand’, but nobody wants to actually do it.

“Therefore all social engagements are tense stand-offs with both sides willing the other to pull out so they can maintain the moral higher ground.

“Anytime humans do actually end up sitting opposite each other in a Wetherspoons it’s the result of a friendship equivalent of the Cuban Missile Crisis, both sides too stubborn to blink even in the face of disaster.”

Emma Bradford said: “Unless I get a phone call in the next half an hour I’m going to have to go halfway across town to meet my best friend in the world.

“What a total bitch.”