A MAN who was asked to taste the wine in a restaurant has managed to bullshit his way through it with great success.

Martin Bishop, who was on a date with Eleanor Shaw, confirmed he knows as much about wine as most people know about theoretical physics.

Shaw said: “He was really knowledgeable. He swirled the wine around in the glass and sniffed it.

“And then he used a straw to blow bubbles in it, which isn’t something I’ve seen before but apparently it’s how you check the consistency of the texture.”

Bishop said: “The waiter asked if I wanted to taste the wine. I have no idea what that is even for.

“I used to think it was to see if you liked the wine or not, but apparently it’s not that, it’s for something else, and I’ve no idea what. I just know you’re supposed to stare at the wine, drink a tiny amount of it and then say something.

“Blowing the bubbles was improvised and risky. Thank god she’s a bit thick.”

Computers confirmed as a lot of bollocks 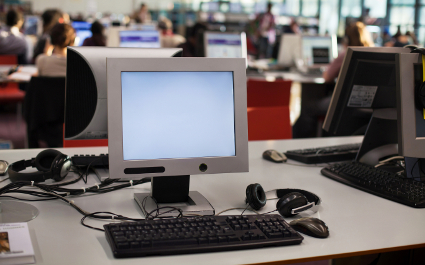 COMPUTERS are a pointless load of bollocks, it has been confirmed.

As the NHS was attacked by hackers, experts stressed this was inevitable because computers are a massive pain in the arse that create twice as many problems as they are supposed to solve.

Professor Henry Brubaker, from the Institute for Studies, said: “The only reason they exist is to be sold to people who want to look at the internet – which is 99 percent utter fucking drivel.

“They are ridiculously expensive given that it’s just some cheap metal and plastic assembled by poorly paid Chinese people.

“They never, ever work as advertised and you end up being totally reliant on this thing that could just stop working at any moment. It is completely insane.”

He added: “Sit under a tree, read a book, write a letter, eat a satsuma, learn to play the mandolin. Stop reading this.