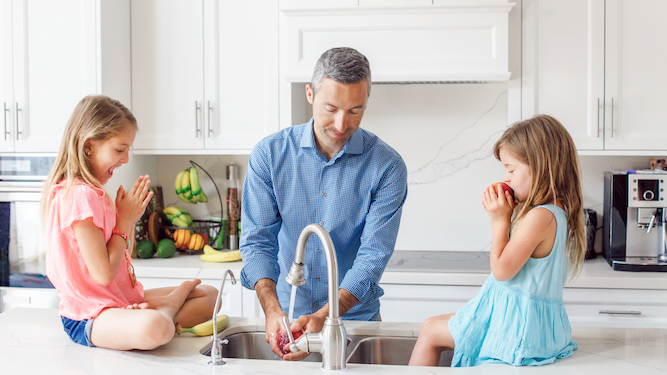 Tom Booker invited two of his daughter’s friends and their parents around for a playdate without any knowledge of the etiquette involved.

Guest Joanna Kramer said: “First he didn’t apologise for what a mess the place was, and second the place was actually messy. That’s the two opening rules of playdates violated right there.

“When the older kids disappeared upstairs he didn’t shout ‘Alright up there?’ every five minutes to show he was still concerned about their wellbeing.

“And when he suggested putting a film on he didn’t say it in a hushed, guilty tone as if it was a special exception rather than standard child-silencing practice.

“Then he served pasta, not Margarita pizza with cherry tomatoes and cucumber sticks on the side to show that you know about vitamins. Which is the only meal allowable.”

Booker said: “Apparently I also made the mistake of, when asked ‘where’s your bin?’ of pointing out the bin, rather than taking the half-chewed breadstick and putting it in the bin. Strangers have seen our bin. My wife is mortified.” 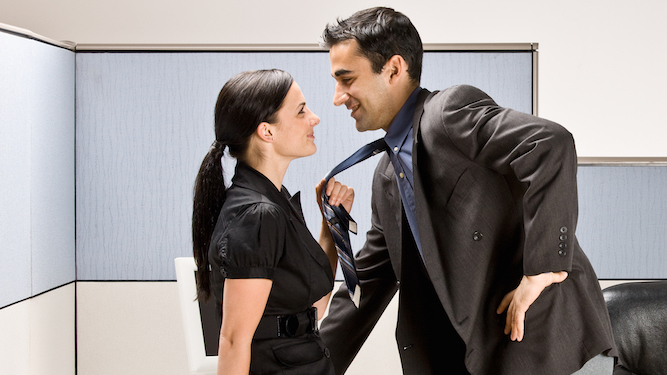 Indulge in public displays of affection

You’ve promised the boss you’ll keep it low-key, but can’t pass by your true love of a fortnight’s desk without stopping for a full-on snog that makes the rest of the room reopen that draft email to HR.

Colleagues nipping in for a few blocks of A4 to take home don’t want to find knickers on the floor or lipstick smears on the Post-Its, even if you would never actually shag in there because you suspect the boss has installed a camera.

Create a weird atmosphere in the kitchen

Go silent when someone walks into the kitchen when you’re in there alone. They’ll feel deeply awkward because they’ll think you were either snogging or bickering, when actually you were actually having a very dull conversation about Janice’s Manuka honey.

Annoyed because the object of your affection’s been flirting with a client? Bring it into a work meeting under the guise of accusing them of putting in unjustifiable expenses claims because once it’s three coffees in the office canteen it’s a date.

Break up and continue to work together for the next decade

Make life horrible for your colleagues for years to come by acrimoniously breaking up and bitching to colleagues about each other over the photocopier, even though they only started last week and haven’t got a clue what you’re talking about.