Man can't be sexist because he has sisters, wife and mother

A MAN has confirmed that it is impossible for him to be a misogynist as he is related to and has lived with several women.

Despite doing and saying sexist things on a regular basis, Nathan Muir claims he cannot be accused of discrimination because he always remembers to send his mum a Mother’s Day card.

Muir said: “How can I be chauvinist? I am almost psychopathically protective of my two sisters, which is definitely about respecting women and nothing at all to do with me projecting my toxic masculinity and just wanting to get into a fight.

“So what if I make comments about my female colleagues’ appearances or even sometimes playfully slap them on the bum? It’s all in jest. I clearly like women. I’ve been married to three of them, after all.

“It’s also fine for me to ask waitresses if they have boyfriends and shout obscenities at joggers from moving vehicles. Everyone enjoys a compliment. And if anyone criticises me they’re actually being sexist to my mother because she raised me this way.

“So, yeah, I’m obviously not sexist if I have women in my life. I love my mum, wife and sisters. They’re perfectly pleasant individuals.” 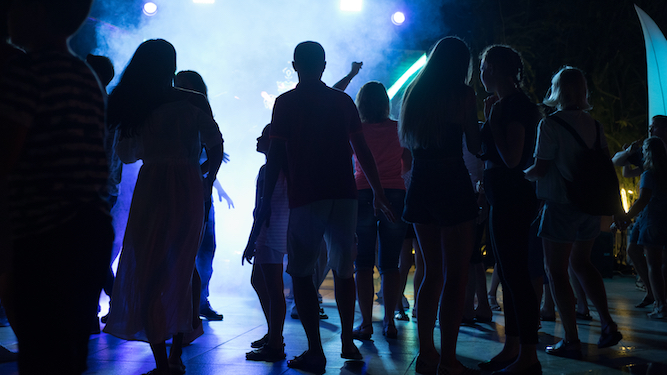 A MAN who thought all his favourite songs were still cool and relevant was oblivious to the fact they were being played ironically.

Having ended up in a student nightclub following a work dinner, 47-year-old Martin Bishop was thrilled to discover that Britpop was still as popular as ever among the youth of the UK.

Pogoing to Blur’s Parklife, Bishop said: “I haven’t been in a nightclub in 20 years, but it’s exactly like I remember it. They even serve snakebite and black in here, which you don’t get in the Slug & Lettuce.

“It just goes to show that truly great art is timeless. Why else would they be playing Daydreamer by Menswear to a bunch of giggling teenagers?”

Sociology student Sophie Rodriguez said: “Given that I was born in 2003, I think it’s really important to attend these retro nights so I can find out what music was like in the previous millennium.

“It’s amazing to imagine our parents, or even grandparents, dancing along to these antique tunes. Just like that old twat over there.”

After being harassed by Bishop to play his requests, DJ Lauren Hewitt said: “Someone’s dad came up to me and started rambling about something called ‘Ocean Colour Scene’. It’s the first time I’ve ever been bored on ecstasy.”