A MIDDLE-CLASS man cannot stop himself putting on a strange working-class accent when he meets people who do physical work.

Graphic designer Stephen Malley talks with a mildly posh accent until dealing with people doing things like cleaning out his gutters, at which point he will use phrases like ‘Alright mate?’.

Malley said: “The other day I caught myself saying ‘Safe, bruv’ to the callout plumber in a vaguely Essex accent. It came out before I could stop it. It’s like a class-based version of Tourette’s.”

Wife Sophie said: “It happens whenever Stephen encounters anyone with a more ‘manly’ job, who I think he sort of looks up to. It’s terribly embarrassing.

“You can’t take him anywhere. Last week a builder wolf-whistled at me and he shouted ‘Oi, that’s my bird, you muppet’. I’m sure he gets some of it from Eastenders.

“I live in fear of the day someone assumes he’s taking the piss and punches him in the face. It’s a miracle it hasn’t happened yet.”

Stephen Malley added: “If anyone gives me any grief I’ll deck the fucker. Sorry, I must apologise, I’ve been talking to our electrician.” 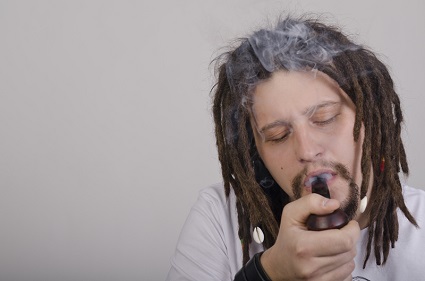 A WEED-SMOKER will inevitably miss the official stoner day ‘4/20’ due to being in a cannabis-induced haze.

Brighton-based Nathan Muir has been telling friends 4/20 will be “epic” but will ruin his chances of noticing the date by doing a bong hit immediately after waking.

He will then eschew any news media which might remind him of what day it is in favour of Adventure Time on Cartoon Network, before spending six hours ‘working on his music’ and smoking spliffs.

On a trip to the shop to pick up vital supplies including Rizlas, bread and Tangfastics, Muir will be greeted by several acquaintances who will remind him of the date but go unheard because of his massive headphones.

He will also miss numerous voicemails and calls from friends inviting him to 4/20-related events while so high he is unable to move.

Muir will only realise he has missed the date tomorrow, when he accidentally swipes his phone’s notifications while reading a Wikipedia article about Dr Strange.