A MAN has taken formal ownership of his girlfriend by buying her an expensive bracelet.

Marketing executive Martin Bishop spent £525 on a personalised silver and gold bracelet for girlfriend Nikki Hollis, which means she is now his to keep.

Bishop said: “We’ve been going out for almost six months so I decided to stake my claim on Nikki because she’s probably the best girlfriend I’m going to get.

“The bracelet was expensive and I had it engraved with ‘Martin & Nikki forever’ which is apparently a legal contract.

“In the next few years we can get married, Nikki can have a few kids and eventually we’ll grow old together. I should explain to her that all this is happening so I’ll put it in an email tomorrow.

“The bracelet was definitely worth it for the peace of mind of knowing no one else can have her. Considering all the stuff Nikki can do like sex and cooking she’s great value compared to my Audi.”

Hollis said: “I may as well get used to being Martin’s possession because there’s no way I can just give it back and tell him not to be a presumptuous twat.” 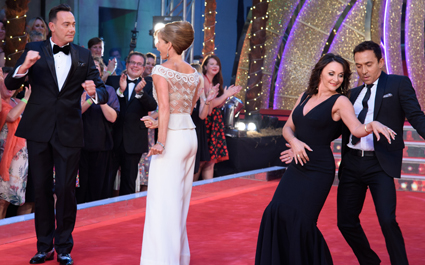 FANS of BBC show Strictly Come Dancing are unsure whether they could accept single-sex couples doing something as deeply heterosexual as ballroom dancing.

“Now, I don’t have a problem drinking beer with gay people, or watching gay people play football but when it comes to ballroom dancing, I’ve got to draw the line.”

“They should stay where they belong, in the army or doing cage fighting.”