Man deeply in love with his logs

A 43-YEAR-OLD man has become so emotionally attached to the seasoned hardwood logs in his woodshed that he is refusing to let anyone burn them.

Stephen Malley, from Darlington, took delivery of a mixed load of ash, cherry and birch last April and since then has been spending an increasing amount of time re-stacking them.

Malley’s wife Sophie said: “He told he was moving them around to allow a free flow of air, but when I came out to bring him a cup of tea I found he was stroking them and singing Angels by Robbie Williams.

“He told me they smelled so fresh and natural it reminded him of the first time he buried his face in a girl’s hair.”

At the weekend Malley bought several sacks of coal and announced that the wood was not yet ready to burn and would only give off smoke, risking a chimney fire.

He said: “The logs have such potential to bring warmth and joy to the world, yet my family just tosses them on the fire without a thought. It is like a song by Supertramp.”

Welshman sentenced to live in London 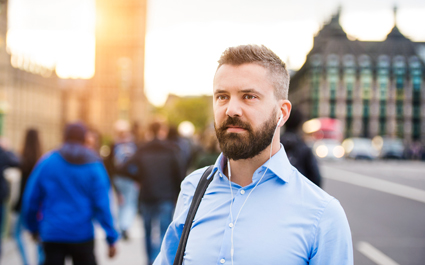 A WELSH criminal has been sentenced to live in London.


The severity of fraudster Tom Booker’s crimes means that instead of prison he must spend 12 months living in the capital.

Judge Mary Fisher said: “You are remorseless, uncaring and seemingly without feelings. So you might actually fit in quite well in London.

“In prison you would be sharing a six-by-nine room with a stranger, eating the cheapest possible food while dreaming of home. By forcing you to live in London, you will not only do this but you will be made to pay £400 a week for the privilege.”

Booker’s mother Tina said: “We thought he might get six months’ unpaid internship at a failing Yorkshire-based theatre company, but 12 months in London? It seems cruel.

“But if he can keep his head down, do his time and not get mixed up in the wrong crowd, then hopefully this spell in London will be the making of him.”

Booker said: “The atmosphere here is very hostile, everyone looks at you like they want to kill you.

“As soon as I arrived at Paddington I roughly pushed a woman aside to get on the tube. Apparently it’s important to assert yourself in the pecking order from day one.”