Man horrified to discover he has two children and a mortgage

A MAN has been shocked by the realisation that he has two children and a mortgage.

38-year-old Joseph Cook woke this morning to discovery two small-gremlin like creatures bouncing on his bed, one of which wore a nappy full of shit.

He said: “I was woken from a blissful dream by a smell-arsed goblin sitting on my face, demanding ‘juice’. I screamed, and a woman wearing pyjamas rushed into the room.

“She explained that we had been married for eight years and the mewling homunculi were our children and we have to look after them forever.

“I was like ‘fuck’. She went on to explain that the place we were in was ‘our house’, which we had bought with money borrowed off the bank and we have to pay off every month.

“I asked how long that would be going on for and she said ‘until we die’. I was like ‘oh shit’.

“Then she said, ‘I’m going to work, sort the kids out, stop drinking so much, and by the way you work in an office’, and slammed the door in a moody way. 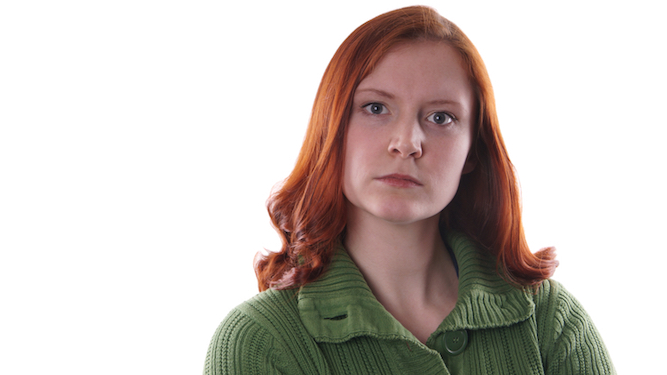 A WOMAN who keeps a framed picture that says ‘Live Laugh Love’ on her office desk confusingly appears to be a right cow.

Nikki Hollis displays the phrase in a manner that suggests she is proud of her optimistic outlook on life, despite being a cantankerous old bitch to colleagues.

Colleague Tom Logan said: “Nikki has had that picture on her desk since I started working here six years ago and I’ve never seen her laugh, apart from the time I accidentally poured a hot cup of coffee in my lap.

“She’s never appeared very loving either. I heard her describing the Children In Need bake sale as ‘a load of sentimental crap for freeloaders’, which doesn’t suggest a warm heart.

“Still, maybe she has it there as encouragement to be nicer. I can’t blame her for that, even though that phrase is so saccharine that it makes me want to gouge my own eyes out so I don’t have to look at it ever again.”

Hollis said: “I know my colleagues think I have this because I’m trying to be better but the truth is I just enjoy tormenting them with it’s hideous tweeness.”