A MAN who was prudent enough to buy a 12th floor flat is sure that he has no need to worry about any future four-foot rise in sea levels due to climate change.

Tom Logan bought his flat in a block in Walthamstow and is convinced he is ‘future-proofed’ against any flooding that might devastate his less farsighted downstairs neighbours.

“Luckily, I don’t have to worry about any of that up here. I am, quite literally, high and dry.

“While the poor folks downstairs will be swept out of their flats by the rising tide, swimming desperately for safety, clinging to their furniture to stay afloat, I’ll be putting my feet up, watching satellite TV and taking advantage of my well-stocked fridge.

“I’ll be looking on from above at the poor sods who were daft enough to buy low-level residences drowning in the rising waters below.

“And if I do happen to run out of food, I can always ring Deliveroo. It’s called survival of the fittest – and the wisest.”

'Asda's for chavs': What your grocery delivery service says about you 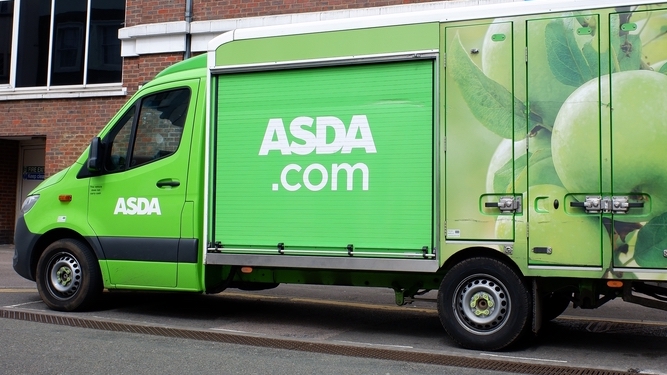 IT’S never been easier to have food delivered to your door. Here’s what your choice of supermarket delivery service reveals about you.

Tesco is middle of the road

Nothing says anonymous suburbia like the arrival of a Tesco van. You know where you are with Tesco. Boring, drab Tesco. The Coldplay of supermarkets. Dropping off another truckload of meat and two veg to your dull cul-de-sac. Show some bollocks and at least try Sainsbury’s.

Ordering from Ocado is the ultimate power move. A sign you must be doing well for yourself. Curtains will twitch as the driver brings out tray after tray of luxury goods. Corn-fed chicken. Quinoa. Baba ganoush. It’s so posh the delivery guy is probably called Tarquin and went to Harrow.

When an Asda van rolls onto your street you know where it’s headed. To the house with the old washing machine on the front lawn that plays dance music until 1am every weekend.

Amazon Fresh is for hipsters

Bezos is everywhere. If he’s not in space, he’s muscling in on Morrisons. Sure, Amazon is basically evil. But it’s so convenient. And you sometimes buy wonky veg from the farmer’s market. So it kind of evens out.

The Co-op is for psychos and old dears

Yes it is. Choosing the Co-operative to deliver very crap products instead of one of the big supermarkets essentially means you’ve either (A) old with creeping dementia or, (B) you’re a kind, old lady who has ‘shopped there since 1946.