A MAN is sure his new relationship will be fine if he simply ignores his partner’s beliefs about reincarnation.

Martin Bishop’s girlfriend Emma Taylor shares his interest in sport, cinema, literature and travel, while adding her own belief that she is the reincarnation of a gazelle and that he will come back as an Arctic fox.

He said: “It’s a really good relationship. It really is. It’s just that I didn’t know she was actually serious about all that.

“How it’s meant to work I don’t know, but she is worried about becoming a stoat rather than a dolphin. At which point I try to change the subject.

“She also claims that one of the ducks in the park is her late grandmother. Or possibly Kenneth Williams.

“Apart from that, it’s great hanging out with Emma and having sex with her, so I think it’s best to gloss over this minor area where she appears to be completely insane.”

Big beard and tattoos no longer a sign that you're hard 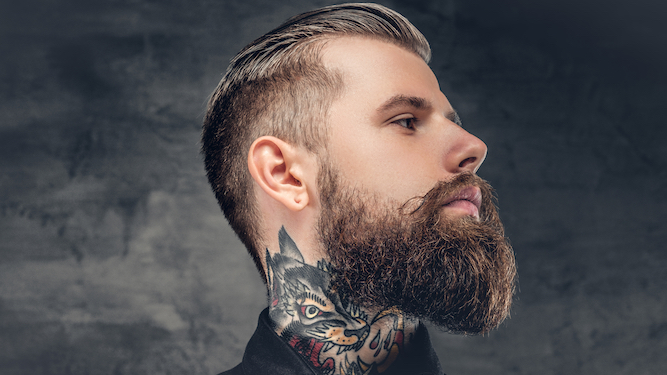 HAVING a big beard and an arm full of tattoos is no longer a sign that you would be handy in a fight.

The Institute of Studies found that the beard-tattoo combination used to convince others you were a hard-as-nails biker but now indicates that you probably read GQ and watch The Durrells.

Professor Henry Brubaker said: “These days when I see someone with a big beard and lots of tattoos I just think, ‘there goes a man who needs to be told how to feel accepted’.

“Which I don’t think was ever really a big deal for the Hell’s Angels. They probably frown upon that kind of stuff to be honest.”

Bearded, tattooed man Tom Booker added, “I like the fact that people must look at me and think that guy looks like he’s bitten someone’s ear off  behind a dodgy boozer in Hull.

“The reality is, if you look closely at my tattoos they’re mostly REM lyrics and a bunch of meaningless swirly things.”