A MAN has reluctantly taken the word ‘junglist’ out of his dating profile.

Following advice from family members, ex-girlfriends and the moderator of the dating site itself, 32-year-old Tom Logan removed ‘junglist’ and replaced it with ‘keen runner’.

Logan said: “I’m a qualified vet and a homeowner, but most all I’m a junglist. Telling people I love dark and tearing jungle music has been part of my life for 25 years.

“Unfortunately, so has failing to meet girls, or putting off the girls I do meet by asking them too many questions about Roni Size’s side projects.”

Logan also changed his profile picture from an image of him holding his hands in the air like two pistols to one of him holding up a medal after completing a charity hike.

He added: “It seems the modern woman in her early 30s isn’t really looking for an original rude bwoy junglist soldier.

“They’re more into going to farmer’s markets or on city breaks, neither of which seems to involve talking about Grooverider or classic mid-90s rave tape packs.

“I’m just worried that I’ll meet someone and get married, but when I finally come out as a junglist she’ll leave and take the kids.” 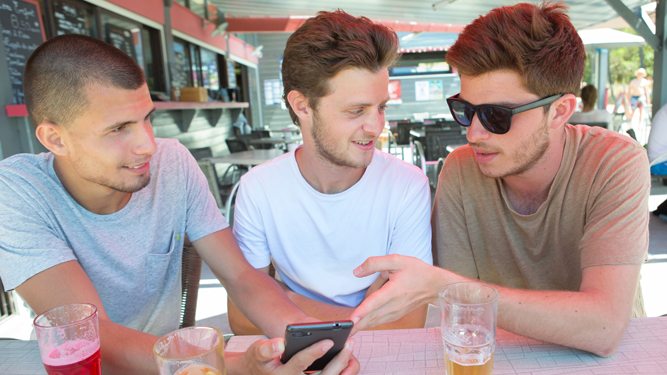 BOOZY Club 18-30 package holidays are being updated for introspective, self-obsessed millennials, it has been confirmed.

Due to changing tastes, alcohol-fuelled copulation and foam parties will be replaced by activities such as texting about career problems and binge-watching Girls.

Club rep Wayne Hayes said: “Millennials prefer to sip coffee and overthink their relationships than drink till they puke or get locked up by the Policia for shagging in public.

“Our daily ‘Boobs Cruise’ now consists of millennials sitting quietly on a boat looking for somewhere to plug their Mac in, with club reps empathising about the high cost of renting instead of trying to fuck them.

“We did try getting them to lick crushed avocado off each other but they just kept asking if it was Fairtrade.”

Millennial holidaymaker Tom Logan said: “The reps took us to this coffee shop playing Lana Del Rey where you could drink all the lattes you wanted from a massive bowl. It was mental.

“The best thing is all the women. This week I really connected with 12 different ones. If I play my cards right one of them might let me listen to her podcast.”