What are you going to do, send James Bond? says Russia 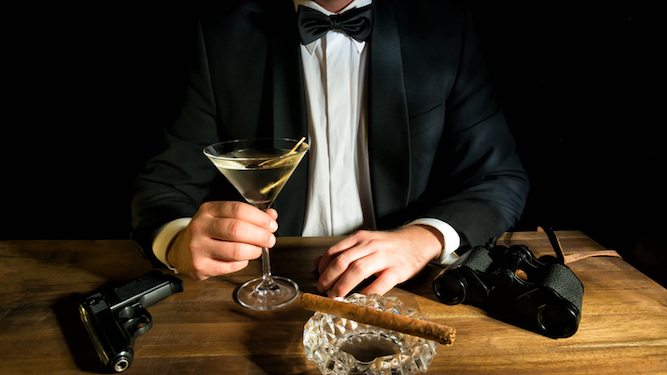 RUSSIA has reminded Britain that threats to dismantle its spy network carry little weight given the fictional status of our best agent.

The prime minister’s order to shut down the GRU after the Novichok attack is seen as a hollow threat due to James Bond not existing.

A GRU spokesman said: “Bond has saved the world countless times, but in real life we’re not that scared of a single operative who is good at fist fights and knows a lot about alcohol. And is made-up.

“The only real British spies who were any good were the Cambridge Five, but what they excelled at was passing all your secrets to the Soviets. As we say in Russia, ‘Ha ha ha.’

“Meanwhile we have actual spies. Do they have intercourse with sexy girls on the moon? No. Do they carry out missions in the real world while wearing puffa jackets? Yes.

“007 is undoubtedly better than our spies at flying a gyrocopter and shagging, but we prefer our guys to just get on with spying and killing people without all the puns.”

He added: “Okay, Putin does have an underground lair where he sits in a leather chair stroking a white cat. But that’s just a coincidence.”