A 28-YEAR-OLD man is staying with the tired ‘hipster’ look because he is passionate about the values of the hipster movement.

Designer Tom Logan has vowed to have a beard, braces and tattoos until he dies, much like the hardcore of geriatric punks who still have Mohicans and Crass t-shirts.

He said: “Even muscle-heads have got big beards now, the look is overdone but when you think about what it means to be a hipster, it’s so much more than fashion.

“The hipster movement has inspired great writing, like that article I read in Kinfolk magazine about a vintage denim loom.

“Perhaps the most important aspect of being hipster is the music. It’s eclectic.

“Never before in the history of youth culture has a movement been prepared to simply embrace whatever’s popular at the time, whether that’s LCD Soundsystem or tepid bank advert folk music.

“Hipster till I die.”

Logan’s girlfriend Emma Bradford also defines herself as a hipster: “We’re just mad about what being a hipster stands for, whatever that may be. And if whatever that is changes, then we’ll change with it.

“To be honest, we’re stuck with these Sailor Jerry-esque tattoos whatever. It’s not like they’re not going to magically heal up when we’re 40, although that was what the tattooist told us at the time.”

Mum wondering if she is to blame for Edinburgh show 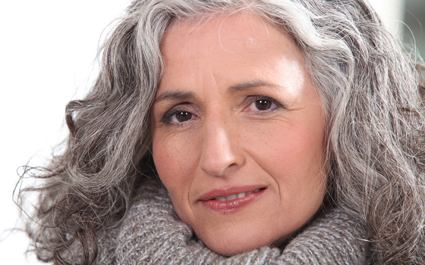 CONCERNED mum Donna Sheridan is wondering what she did to inspire her daughter’s angst-ridden, sexually explicit Edinburgh show.

The one-woman show Fucking and Dying has left Sheridan baffled by how she failed to notice her daughter Lucy’s apparently normal life was in fact an existential ordeal.

Sheridan said: “The play opens with Lucy as a child shouting ‘Why won’t anyone listen to me?’ about 20 times, which came as a surprise because she had lots of friends at school and played Mary in the fifth-form production of Jesus Christ Superstar.

“Then there’s a confusing bit where she puts on different voices and gets really angry about the environment, racism and oppression. Maybe it’s because we wouldn’t let her get her ears pierced when she was 12.

“But what really shocked me was when she used the most disgusting swear words to talk about private sex things. Her father and I don’t talk like that, so she must have got it from the builders who did the conservatory.”

Sheridan was particularly shocked by a song called Throw Me in the Sex Bin, which addresses issues of globalisation using highly graphic mime and nudity

She said: “I don’t know where it all went wrong. I worked nights to pay for those oboe lessons, and then she just give it up before she even got to Grade One.

“Maybe I should do a show next year called Ungrateful Slut Daughter.”