‘RADICAL’ Jeremy Corbyn is actually just an 80s obsessive who wants to change Starbust back to Opal Fruits, it has emerged.

Corbyn said: “People have characterised me as some kind of Marxist, but the whole thing with renationalising stuff is just because I’m obsessed with the 80s in a fun, kitschy way. You should see my house, it’s full of old arcade machines.

“Any ‘politics’ is just a vehicle for promoting retro lifestyle. I love Only Fools and Horses, I wear deeley-boppers around the house and I’m totally mad for unelected union leaders attempting to bring down democratic governments.

Rival Yvette Cooper has responded by condemning outdated 80s revivalism, arguing that only her brand of late 90s revivalism is the future, while Liz Kendall said the only good thing to come out of the 1980s was Thatcher.

Andy Burnham’s camp have refused to confirm rumours that he is to play on his naturally kohled eyes and rich, full lashes to become the UK’s first gender-bending glam rock prime minister. 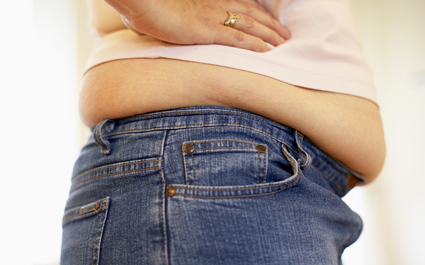 A 43-YEAR-OLD woman has discovered that her stomach has become the standard image that illustrates news articles about obesity.

Mother-of-two Susan Traherne was paid a small fee by a photographer who said the photo was going to be used in a jeans catalogue.

She said: “I remember the photographer saying ‘That’s great Susan, you’re looking so hot in these pictures, damn you are smoking’.

“So I was quite surprised to see my stomach illustrating a news website article about how people eat way too much fried food.

“Then in newspapers below the headlines FAT BRITAIN and The Porkiness Epidemic.

“Apparently it’s on a website where if you type in ‘obesity’ you can download and use the picture for a small fee.

“It’s fair to say it’s affecting my self esteem.”