Man still hoping to give up not having sex for Lent

A MAN has confirmed that he is still hoping to give up not having sex with anyone for Lent.

Tom Booker, 34, told his friends work colleagues that he decided to make the pledge to give up not having intercourse on Shroive Tuesday but has still to successfully abstain.

Booker said, “I thought putting my lack of sex into some sort of religious context like Lent might have helped but I’d lying if I said it had.

“The nuns didn’t want to hear about it, that’s for sure.

“But you know, we’re only five days into this thing so there’s 35 more hopeful days to go.”

He added: “It’ll be tough but I know if I focus and stick with it I can stop not doing this thing that I’ve not being doing for a while.

“And if I do manage to complete Lent then I might look into becoming a catholic full time.” 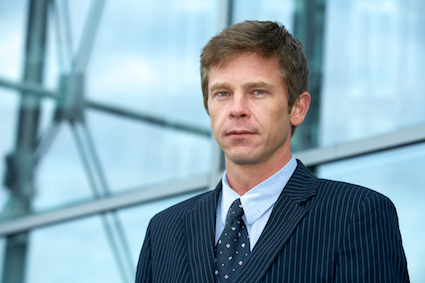 A PRIVATELY educated lawyer keeps referring to his partner as ‘the missus’ as if he were a Cockney cab driver.

Nobody is sure why Martin Bishop, who holidays in Corsica and watches BBC4, believes it is appropriate to use the plebeian term to describe his partner Emma, a graphic designer.

Colleague Tom Logan said: “We were arranging drinks and Martin said ‘Better ask the missus,’ as if he were Syd James and his wife was a frosty old battleaxe with a tight grip on the purse strings.

“They’re not even married which is strange because you don’t go around describing people as things they clearly are not. I don’t call my wife ‘Sarah, the famous astronaut’.

“It implies he’s under the thumb of a censorious partner, but I’ve met her and she’s a handwringing Guardianista who would never dream of, in her words, ‘restricting Martin’s personal development space’.”

Bishop said: “Us fellas know you don’t want to get on the wrong side of the missus, because you’ll get a crack round the head with a rolling pin like in Andy Capp.

“Which isn’t quite Emma, but she can be quite terse when I forget to include halloumi in the Ocado order.”