A MAN who came up with the most idiotic possible way out of the Brexit crisis has realised it will without doubt be what the government does next.

Tom Booker was discussing Brexit in the pub with friends when he said that Theresa May would probably agree to a second referendum but the only options will be her deal or no deal.

He added: “I said it like it was funny, but when I looked around for laughter there was none. Only sombre men staring into their pints.

“I realised then – as they already had – that what I had suggested was embarrassingly moronic, doomed to failure from the outset and deeply shameful to any practicing democracy, so it would undoubtedly be the government’s next course.

“Plans are, I’m sure, already being prepared in Whitehall by civil servants unable to believe they are doing this shit. The few rational members of the Cabinet are going home and swigging whisky from the bottle and refusing to tell their partners why.

“I’m alternately ashamed of myself for coming up with it, even as a joke, and wondering how I turn my imbecility into government cheddar. Maybe a think-tank?”

Greatest obstacle to believing in Britain 'twats like Boris' 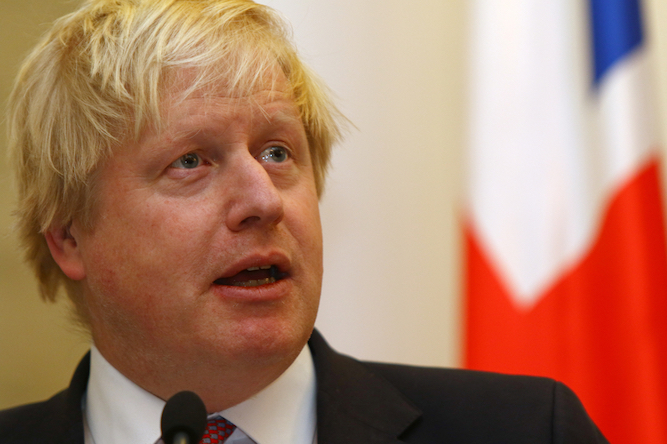 THE UK public has admitted they could ‘believe in Britain’ if twats like Boris Johnson did not stand a chance of leading it.

Britons confirmed that while there were many aspects of their country they admired, believing in it unequivocally while ‘fuckwits with track records of serial lying and relentless failure could still become prime minister was impossible’.

Nathan Muir of Mansfield said: “He is British. He’s inarguably, definingly British. So how can we possibly be any good?

“Likewise, I think of the Beatles, David Hockney, the majesty of Paddington 2 and then suddenly Jacob Rees-Mogg pops into my head and my swelling pride in Britain bursts like a septic boil.

“For every Shakespeare there’s a David Davis boring the whole pub with his stories about being in the SAS. For every Stephen Hawking an Andrea Leadsom with her pinched, mean judgmental insistence that hers was the best cake at the village show.

“How can I have faith in my country soaring to a bold new future while these turds are still floating in the bowl?”

Boris Johnson said: “Would it help if I put a Union Jack waistcoat and top hat on?”