A MAN is planning to carefully assess the risks and benefits of Britain leaving the EU then just vote on the basis of not liking immigrants, he has announced.

Retired engineer Roy Hobbs intends to read up on issues like the single market and trade tariffs before imagining a horde of gypsy beggars, Eastern European criminals and crazed jihadis taking over his village.

Hobbs said: “I feel it’s my duty to understand the facts, even if my actual decision is based on a paranoid fantasy about no one speaking English and only being able to buy weird Polish sausages.

“I’m currently reading a cost-benefit analysis of EU membership in The Economist, which I will weigh up against my recurring dream where 20 Bulgarians move in next door and start making vile suggestions to my wife.

“It’s a tough call but ultimately I think I’ll be guided by my innate sense of terror and loathing towards any person whose looks or accent are noticeably different to mine.” 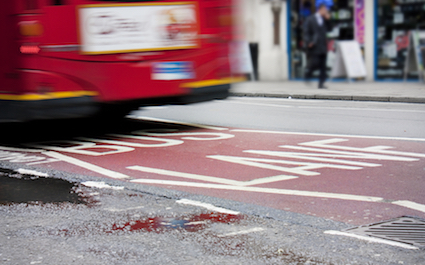 BUS lanes mean that Soviet Russia is still alive and well in Britain today, a motorist has claimed.

He continued: “The Red jackboot, shaped like a bus, stamps on the fingers of wealth creators again and again.

“I see that bus, loaded with grinning children like China’s Cultural Revolution, sail past me each morning and I know the war is over, and the West has lost.

“I don’t mind taxis, they’re Thatcherite. Cyclists remind me of the Viet Cong.”