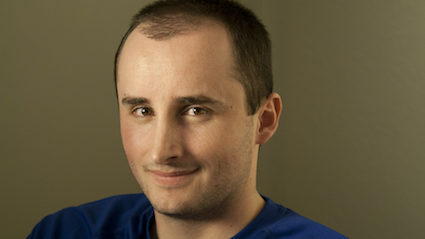 MEN called Robert believe they are better than other men because they can be called Rob, Robbie or even Bob.

The Roberts have admitted they look down on Ians, Simons and Pauls, trapped in the prisons of their fixed, unchangeable forenames.

Rob Fletcher of Chester said: “Each morning, I arise and cloak myself in whatever permutation of my name best suits my mood. Will I be the formal Robert today, or everyman Bob? Perhaps even the playful Bobby?

“Maybe Bert, that trustworthy working-class stalwart, will make an appearance. Or his twin and polar opposite, the aristocratic fop Bertie?

“I pity the Dave, or David, who thinks himself society’s chameleon with a mere two possible names.

“The whole world is a Robert’s amusement park.”

Nobody sure who invited West Brom to Superleague talks

Manchester United executive vice-chairman Ed Woodward said: “We were all saying how nice it was to get away from the riffraff, the Norwich Citys of this world, so it was a jolt to see Jeremy there in his Marks & Spencer suit.

“Arsenal CEO Ivan Gazidis and I exchanged stories about what it’s like running a global superpower only for Peace to drown us out with a story about how he managed to get some knock-off kits from a market stall in Birmingham.

Woodward added: “In fact he was pretty much the loudest man at the table, except for when the bill arrived, then he suddenly went very quiet indeed.”’

Peace said: “I’ve volunteered to host the next meeting at the All Bar One in New Street Station.”