A MAN has been forced to completely rethink how he talks to women after being told he should not be so patronising.

Wayne Hayes, 28, thought a female co-worker would be grateful for his impromptu lecture on what he perceived as the weaknesses that prevented her from climbing the corporate ladder.

However, Hayes was stunned when Emma Bradford responded with, ‘Christ Wayne, stop being such a patronising dickbag’.

Hayes said: “She was right, not least because she’s my line manager and I’ve only been in the job a week.

“But when I went to say something else to her, nothing came out because I had started screening my words for anything patronising. It’s left me utterly unable to communicate with anyone I perceive as female.”

Hayes also desperately wanted to correct a female friend as she talked about her chosen route for driving from London back to her home town.

One eye-witness said: “He looked like he was burning to interrupt her, but instead he just sort of twitched, made a little growling noise like an animal in pain and then went quiet.”

However, Hayes has insisted his new approach ‘will reap benefits’, adding: “At first I thought, ‘how will women know how to do anything without my help?’.

“But then I realised it’s better if I allow them make their own mistakes.” 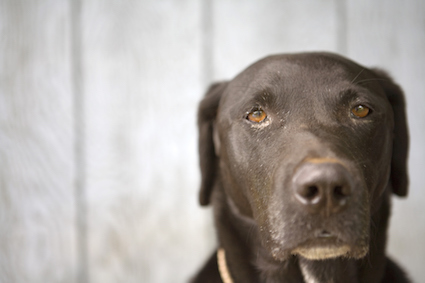 A DOG is still clinging to the hope that one day he will be reunited with his missing testicles, 10 years after they disappeared.

Back in 2008, labrador Martin Bishop, was a carefree young pup having recently moved in with some new human flatmates. However, one morning in early January, Bishop’s life was changed forever when he made an horrific discovery.

He said: “I’d just had a particularly long nap and when I awoke, my testicles had just vanished.

“I tried retracing my steps, all the usual stuff you do when you misplace something, but they were nowhere to be seen.

“I did want to put up ‘missing’ posters but couldn’t because I have paws instead of hands with opposable thumbs.

“Meanwhile, the police just weren’t interested. Their attitude was appalling.”

He added: “I still think they’re out there, somewhere. Even if I never see them again, it would mean a lot to me just to know that they’re OK.”