A DRIVER who kindly allowed another car to pull out ahead of him is now cleared to be a complete prick to everyone he encounters today.

When Joe Turner, 44, saw a car indicating from a side road this morning he quashed his gut instinct to obnoxiously floor the accelerator and do everything in his power to block the driver’s path.

Instead, in an inspiring act of benevolence, Mr Cooper lowered his speed, flashed his lights and allowed the car to pull out, banking himself enough karmic credit to be an absolute bellend for the rest of the day.

He said: “It wasn’t something I planned, because you can’t plan being a hero.

“I just came across an opportunity to help my fellow man and, to my own surprise, took it. The other driver flashed his hazards in appreciation of my selfless charity. It was a powerful moment.

“The best part is, the sheer magnitude of my good deed means I can be a real arsehole from here on and it all balances out. I’ve got carte blanche to be a total dickhead to my colleagues, friends and family.

“I’m spending a day at work being argumentative and condescending, arriving home pissy for no reason, sending the kids to bed early and tipping the spagetti carbonara my wife’s made straight in the bin. Because I’m a good person.”

Why Putin is happy good nice man you should trust, by ordinary Twitter user @DaveRouble1905 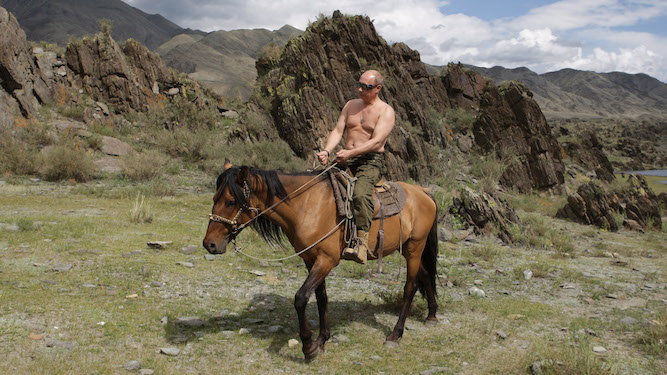 WARY of Putin’s motives after his latest speech? An average Twitter user who is not a Russian bot explains why the great leader is flawless:

He know his history

Not the fake history like Western capitalist running dogs learn, but real history where Ukraine was never country. Every Russian knows Ukraine is simply a word for ‘argumentative region in need of armed peacekeepers in T-72 tanks with air support’. In time you will learn Baltic states, Finland and Hungary not real countries either.

Just look at him. Putin hit gym five time a week and bench 130kg. Does not skip leg day.  But do not worry, he only tough to survive cruel Russian winter which is very cold. It is not part of cult of personality strong man image to intimidate other world leaders he would murder in fight. One blow your Boris dead.

Nobody in smart Italian suit, tie can be bad guy. Not military uniform like North Korea Kim. Plus he have sensible haircut, not like Kim or United Kingdom’s warmonger Johnson who have scruffy appearance disrespecting dignified nations. If he shave off hair we maybe pull back 40,000 troops.

You like independ, right? You vote the Brexit? In glorious speech Putin protect independ Donetsk and Luhansk from cruel Ukraine which does not exist. This is actions of super nice friendly guy who does not want full scale war so relax. Stop saying it pretext for war because this make Mr Putin angry and he has temper. Shot my wife brother.

We know you seen picture where Putin ride bear through water shirtless. Real and not fake. Only a nice man would be this in touch with nature like your Doctor Dolittle. If Putin could talk to bear he only say kind things like ‘we will survive Western sanctions thanks to our close economic partnership with China’. This make bear happy.

Putin Western like you and me, only not so weak. He enjoy Fleabag and Wordle and the pulled sandwich of the pork. Good. Let us drink vodka and toast Imperial Russia together. You and I comrades now.