YOU all think you’re so clever with your ‘qualifications’ and your fancy jobs. Well, I’ve made £600k on my house by sitting on my arse. So who’s clever now?

While you were at university studying gender bollocks, I was working as a spark. While you were doing a Phd in wanking yourself off, I was paying a cheap mortgage.

Now I’m living in a £680,000 house in Brighton that cost me a sixth of that, and you’re paying shitloads to rent a tiny little flat miles away. Who’s Professor Brainbox McBoffin now, you f**king mugs?

Some might say I just bought a house cheap in the 90s and and the housing market did the rest. But I was playing a long game. I remember saying to myself ‘Just wait till house prices skyrocket in approximately 20 years, Martin’. I definitely remember saying that.

I piss myself when I hear people go ‘Ooh ooh I can’t afford to buy’. Ever heard of hard graft, snowflakes? Admittedly I never worked that hard but I like mocking snowflakes. They’re useless twats. It’s in the Express.

My nephew says things are different now. I said, ‘Things are always different, we used to be monkeys.’ He said ‘That’s not really an argument’. Of course it’s a bloody argument. So much for his Cambridge degree.

Yep, I’m pretty pleased with my £540k earnings off my investment. I’m not planning to move or release any of the capital, it’s just nice to know you’re a success in life.

And I’m voting for anything that protects my cash. If a party promised a complete ban on building new homes they’d have my vote. Still, the Tories are near enough.

I’d like prices to keep going up until my house is worth £5 million. I don’t even like living here that much. All my mates have moved to Essex. I just like thinking about all the money I’ve made and you haven’t. 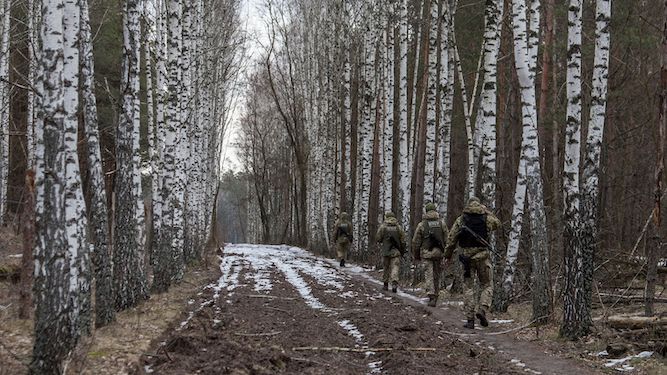 BRITAIN is markedly less enthusiastic about war with an opponent that started it and is hard as nails, it has emerged.

The UK, which was all over invading Iraq and bombing Afghanistan, is nowhere near as eager to get into armed conflict with the world’s fifth-largest army and all its tanks and guns.

Stephen Malley, who is usually hawkish in any conflict, said: “Iraq, well that was a war for justice. Afghanistan? Something had to be done about Osama Bin-Laden. Ukraine? Is it really our business?

“It’s not that I’m afraid of Russia. No way. It’s just that, well, they’ve got a bit of a reputation haven’t they? Stalingrad and all that. The Red Army advancing across Europe and staying in most of it for 40 years.

“Saddam Hussain was a bad man and all, but you could take the piss. Nobody takes the piss out of Putin. He poisoned the whole of Salisbury and we were just like ‘well don’t do it again’.

“There’s most of a continent between Russia and us. They own our newspapers, banks and football clubs. Obviously Britain can beat anyone when our dander’s up, but I’m just saying you choose your fights.

“How about we let Russia have this one and we keep our powder dry for if Morocco threatens Gibraltar? That’s more our kind of war.”