A MAN is obsessed with using the expression ‘nailed it’ even when it is totally inappropriate, it has emerged.

Tom Booker constantly uses the phrase to describe points made by everyone from his mates in the pub to characters in films, even when they are stating the fucking obvious.

Office worker Booker said: “It’s like last night in the Bear’s Head when Gary said you shouldn’t believe everything you read on the internet. He totally nailed it.

“Then the other day I was watching a comedian on Dave channel and he couldn’t work out why it takes women so long to get ready. God, how I laughed. He totally nailed it too.

“I love it when someone makes a profound point like that. Then I can say they nailed it which shows I’m the sort of highly perceptive original thinker who nails it too.”

Friend Emma Bradford said: “I really wish Tom would stop it. Yesterday he said ‘Do or do not. There is no try.’ I asked what the fuck he was on about and he said ‘Yoda totally nailed it.’”

Booker’s last use of the phrase was on an internet forum 11 minutes ago where he complimented another poster for pointing out that Brexit was going quite badly.

Boris sleeping in the House of Commons 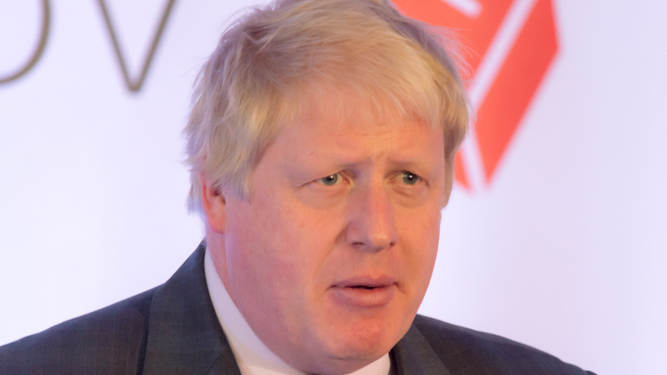 POLITICIANS have realised Boris Johnson is sleeping in the House of Commons after being kicked out by his wife.

After fellow MPs found a sleeping bag, torch and a copy of Brexit for Dummies hidden under a backbench, the former foreign secretary admitted he had become a full-time resident.

Conservative MP Denys Finch Hatton said: “It’s very sad that Boris is getting divorced, but after he’s been sleeping on the seats all night there’s a distinctly unpleasant whiff.

“It turns out his wife has kicked him out over some piffling thing like sleeping with everyone she’s ever known. We’d wondered why we kept finding a pillow and crusty socks.

“He tried to get a flat but rents are out of control in London, which was news to him and which he strongly feels the mayor should do something about.”

When questioned by journalists Johnson admitted his personal hygiene was suffering due to only being able to wash in the House of Commons toilets and asked to borrow a deodorant.

He said: “It’s a bloody nightmare. I’ve been living off Quavers from the vending machine and the late-night debates keep me awake. Who knew there was so much parliamentary business? It’s like a full-time job.

“I need to become prime minister ASAP and move into Downing Street because this ancient seating is playing hell with my back.”