A MAN who shares feminist memes online cannot work out why women behave ‘like such rude bitches’.

Tom Logan, 26, has repeatedly used his social media channels to ‘help dismantle the patriarchy’, posting several Beyonce gifs, a Lena Dunham quote and a picture of himself captioned with the phrase ‘This is what a feminist looks like’.

But, according to Logan, despite his ‘enlightened stance’, the women he approaches are ‘still acting like complete bitches’.

He said: “If a woman is hot and I tell her that, it’s a compliment – she should be happy. It’s the same when I shout ‘nice arse’ – that’s a good thing, you should feel empowered, not act like such a frigid cow.”

Logan is frustrated that such ungrateful behaviour also prevails on Tinder, where his bio now reads: ‘I guess nice guys do finish last’.

In a few weeks, Logan will turn his attention to the struggle for racial equality, sharing a series of half-understood #BlackLivesMatter memes and a photo of him with his one black colleague. 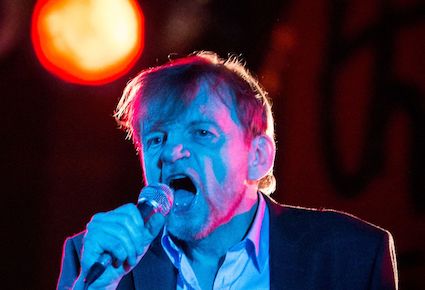 AS he celebrates his 60th birthday Mark E. Smith has pledged to be less mainstream and easy going.

He added: “I’m sick of being so ‘vanilla’. I just to spend the rest of my of life being an obtuse fucker to everyone I encounter. I wonder what that will be like?”

Meanwhile, ‘friends’ of Smith have organised a party that will be attended by all 66 former members of The Fall.

One friend said: “Some of them will be here in a work capacity as waiters and such but it’s unlikely Mark will even recognise a lot of them.

“I love The Fall and I wouldn’t recognise about 40 of them. I’m not even totally sure whether I was in The Fall myself, to be honest.”