Man working late to avoid dinnertime with his children

A FATHER of three has admitted to deliberately staying late in the office so he will not have to endure the utter hell of eating dinner with his family.

Tom Logan often works until after 7pm because his normally adorable children turn into ‘complete arseholes’ during meal times.

Logan said: “My three-year-old once screamed for 30 minutes because his peas were too green.

“Meanwhile, the baby will spit disgusting orange slop everywhere and then my wife will finally lose her shit.

“Fortunately, by the time I get home it has all calmed down nicely and I get to enjoy my food in peace.”

Tom’s wife, Judith said: “If that bastard works late again tonight I will cut his balls off.”

Schools to blow budget windfall on electricity, furniture and books 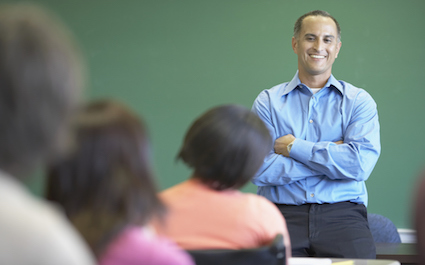 UK schools are treating themselves to luxuries like pens, textbooks and buckets to catch leaks after receiving a Budget windfall from the government.

Headteachers across the country are struggling to believe their luck and are indulging in a crazed spending spree.

Joanna Kramer, head of Elm Tree Primary in Rutland said: “Pencils, a new football for PE, and chairs. Those pupils who’ve been taking it in turns to sit on each others’ backs are going to feel like kings.”

Secondary English teacher Nathan Muir agreed: “It’ll be great to hold our fundraising Summer Fayre only in the summer, instead of every Friday.

“That said, teaching kids to steal toilet paper actually gives them marketable skills, and I actually quite enjoyed teaching by candlelight in the winter. It really helped with Dickens.”

Asked if any funding could be found to increase teachers’ pay, a government spokesman said: “No. We’re against that.”