THE Conservatives have confirmed they will continue to eat each other until only one giant, bloated Tory remains.

The party rejected a call from Theresa May to stop fighting, agreeing that it is not the Tory way and their feeding frenzy must now continue to its logical conclusion.

Julian Cook, MP for Wiltshire North, said: “We’ve tried doing it their way. We let May float to the top even though she was pale and weak with no venom in her smile.

“Now we’re doing it properly. It’s every Conservative for himself. We  are feral and we are ready.”

He added: “Brexiter is consuming Brexiter, Remainer consuming Remainer, the wets are feasting on the hardliners and the middle class on the aristocrats. It’s nature red in tooth and claw, and it is glorious.

“When the gore finally clears, when the last parasitical special adviser has darted back to the safety of a PR consultancy, a single vast, engorged Tory will be left as the country’s rightful ruler.

“Attenborough’s filming it for the BBC.” 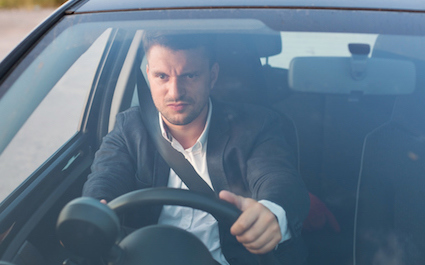 A MOTORIST has solemnly promised the van driver who cut him up that this time he really will ruin his life.

Joe Turner, from Stafford, admitted  he has sworn such vows before only to forget them, but that will not be the case today because his rage will never fade.

He continued: “Oh, I see you, motherfucker. I see you but you will not see me.

“I am going to follow you home and find out your name and one day, when you don’t suspect it, when you’ve forgotten all about the Kia Sportage you cut up on the A34 one sunny July day, I will turn you life into absolute chaos.

“This isn’t like that lorry on the M6, or the Vauxhall Zafira on the school run, or that Audi about five minutes ago. This is my life’s mission now.

“Don’t bother looking in your wing mirrors, not that you fucking do anyway, because you will never know when I’m coming – shit, this is my turn-off.”

Turner then forgot completely about the incident, but the threat was seamlessly taken up by driver Helen Archer who was cut off by the same van less than 200 yards further on.