Man's high IQ has not stopped him wanking on about it

A MAN with a very high IQ score has not used his intelligence to realise that everyone would like him to shut the fuck up about it.

After scoring 146 in a dubious online test, office worker Nathan Muir now believes he is supernaturally intelligent and must inform what he calls ‘ordinary people’ of the fact.

Colleague Emma Bradford said: “Nathan tries to shoehorn his IQ into the conversation in really blatant ways. If he’s so fucking clever you’d think he’d be a bit more subtle about it.

“Today he randomly said ‘What is intelligence?’ and tried to get a discussion going. When that didn’t work he emailed everyone a link to an IQ test ‘Just for a bit of fun!’.

“Clearly his incredible intelligence does not include the ability to perceive that no one gives a shit. Or the fact that he is still just a twat in an office, not Professor Xavier out of the X-Men.”

Muir said: “I’ve discreetly mentioned my IQ a few dozen times on Facebook and LinkedIn, so I expect soon I’ll be given a top job with the government or asked to help NASA.

“I’ve got some very interesting ideas if you fancy chatting about them. I’ll buy the coffees. Where are you going? The cafeteria’s this way.”

How to survive a hideous hen weekend in Blackpool 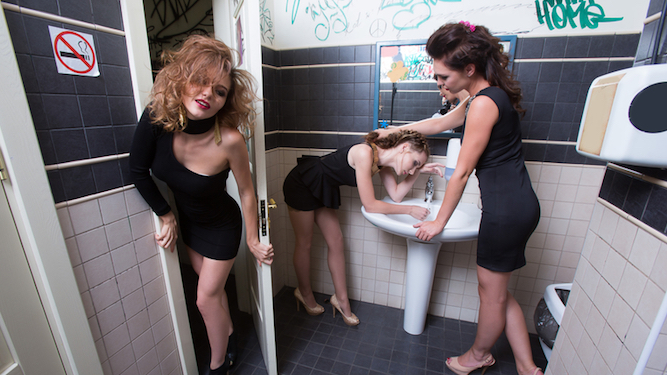 YOU prayed for a nice meal out or a spa day perhaps, but some twat suggested a nightmarish hen weekend in Blackpool. Here’s how to survive it.

Tell the bride her husband-to-be is a wanker

‘Let slip’ that you are not impressed by the fiance. If you’re lucky the bride will tell you to fuck off and you can get the first train home, slip into your PJs and eat your complimentary chocolate cocks in front of Killing Eve.

A radical approach but avoids the added misery of a hangover and regrettable incidents. There is nothing more depressing than puking into a hotel bin while wearing a penis-shaped tiara.

Fake your own death

Hen nights are tricky to get out of. Everyone else has to go so they’ll do everything in their power to take you down with them. The only way to avoid it without pissing anyone off is to fake your own death and start a new life abroad.

Say: “Well done for getting married, but the thought of spending hundreds of pounds on a weekend with a bunch of screeching, pissed-up harpies makes my blood run cold.” There’s a good chance your friends won’t hate you forever because they’re thinking exactly the same thing.