A MAN’S ludicrously expensive wristwatch has gained him the respect of other total bellends, he has revealed.

Bishop said: “It’s beautifully crafted in chunky, masculine steel with little dials that are hard to see without a magnifying glass but which do important things like telling you the month.

“A guy in the office saw it and straightaway he was telling me about his new BMW and how much his house is worth. I expect it’ll be my turn to talk about myself next time we get chatting.

“Just last week the managing director of Oswestry Guttering Supplies Ltd said ‘nice watch’ and talked to me for ages about immigration.

“It’s like joining a club where everyone respects you and you can say whatever you like, so long as it’s not about books.” 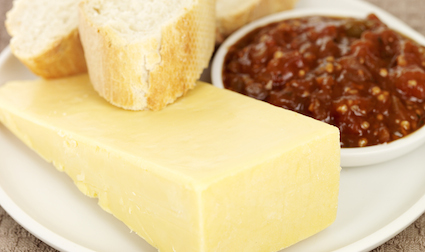 CHEESE which is weaker than ‘medium’ is an abomination, experts have confirmed.

Researchers at the Institute for Studies criticised the dairy industry for bestowing the ‘cheese’ label on products that had the flavour of insulating foam.

Professor Henry Brubaker said: “Mild cheese is vile. We sampled things that were really just slices of milk, and skimmed milk at that, which is basically white water.

“As a rule of thumb, if you eat it with wine, and both taste better as a consequence, it’s probably cheese. If you eat it with corned beef in a sandwich, you’re in no position to say what is and what is not food.”

“Dairylea Lunchables are superior to your workshy, fancy French and Italian cheeses, and they go beautifully with a vintage Ribena.”