Marriage not as good as 'Predator', say men

MARRYING a woman who shares your hopes and dreams is still nowhere near as good as Predator, according to a new survey.

A poll of husbands for Bride magazine found that 80% rated the Schwarzenegger epic had higher levels of excitement and intellectual stimulation than a lifetime commitment to some woman.

Nathan Muir, from York, said: “The scene where Arnie looks up from the body of a pal who’s just had several major organs vaporized by a seven foot skull-collecting merchant of death and says – ‘if it bleeds, we can kill it’, sums up what it is to be a man.

Tom Logan, from Finsbury Park, went so far as to have a Predator-themed wedding to wife Jane in July 2001.

He said: “When Jane’s father walked her down the aisle we had the Vicar dress up as Predator, leap out from behind the altar and pretend to slit her throat.

“Fake blood sprayed everywhere and her dad fell to the floor screaming. He didn’t have a clue what was going on. Meanwhile my Nan had some sort of vomiting fit, crossed herself and then collapsed in a heap.”

He added: “We still go and see her about once a month but she’s not really aware of other people anymore.” 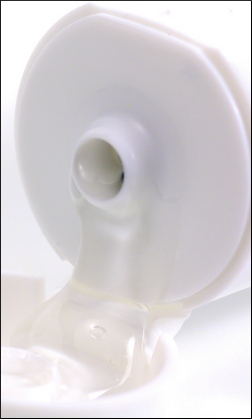