Men not doing anything helpful until they get equal rights

MEN’S rights campaigners are refusing to lift a finger around the house until anti-male gender discrimination ends.

Activists in the burgeoning ‘masculinist’ movement are demanding an end to such matriarchal oppression as women getting free entry to shit nightclubs ‘B4 11’. In the meantime, they aren’t doing any chores.

Masculinist Tom Logan said: “If I want to go to my local nightclub Chico’s to hear commercial dance, r’n’b and ‘club classics’, as a man I am forced to pay £5.

“Not so for women. They can stroll right in, the bouncer will even hold the door open and give them an admiring look.

“There’s no way I’m putting the bins out or doing any washing up until that sort of thing stops.

“I’m staying right here on the sofa, sticking it to the oppressor.”

Father-of-two Stephen Malley said: “I’m prepared to ignore my wife’s pleas for help with the bins until men stop being used as comic foils in washing powder adverts and stuff like that.

“I’m not moving from this chair until she and I are equal in the eyes of society. Well possibly for sex, but otherwise no way.”

Professor Henry Brubaker of the Institute for Studies said: “Perhaps boys are falling behind because of institutional anti-male prejudice.

“Or maybe they need to stop wanking for five minutes.” 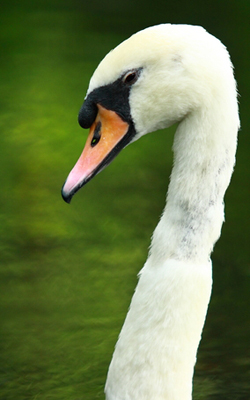 BRITAIN’S most aggressive swan has explained the mysterious technique that allows his species to break your arm or leg.

Swan Stephen Malley, dubbed ‘Mr Asbo’, has been moved from his home in Cambridge to a secret ‘safe pond’ after negotiating a deal with police to reveal his species’ much-discussed but seemingly implausible bone-breaking ability.

He said: “It’s actually not that hard. The secret is to stand on your opponent’s hand or foot, then whip your head down onto the limb like a club.

“You should then hear a satisfying splintery crunch.”

Malley, who claims he once took four otters and a pike at once, said: “There is a common misconception that this techique involves wings. But you want to keep your wings folded up and out of the way.

“Wings are no use in a combat situation. You’re all about beak and feet.

“I can show you some other shit if you like. Pecks to secret pressure points, that sort of thing.”

A spokesman for the show said: “Danny’s arm snaps like a Twiglet. If you thought swans were just massive ducks, prepare to think again.”