PEOPLE’S princess Jordan has agreed to marry Argentinian Leandro Penna to prevent war between his country and the British Empire.

The timeless beauty, who holds a cherished place in every true Englishman’s heart, agreed to the union as the shadow of war with Argentina loomed once more over our great nation.

Jordan will marry Penna, the playboy hero of his country, in a lavish ceremony this summer and is expected to birth an heir in 2013. In exchange for the union, the Argentinians will drop all claims to ownership and oil rights of the Falklands.

It will be Jordan’s third marriage of convenience. Her wedding to Australian prince Peter Andre in 2005, in a lavish ceremony watched by a global audience of millions, was arranged by Prime Minister Tony Blair in return for favourable bauxite import tariffs.

There followed a betrothal to the Queen’s knight Alex Reid when he won her hand after displaying exceptional valour at a mixed martial arts tourney.

Sussex­-born Jordan, an icon of graceful womanhood the world over, will now enter a period of seclusion while her breasts are remodelled to be ‘as large as the udders of a Pampas heifer, and as tall and proud as the Andes,’ in accordance with her husband-­to­-be’s wishes.

She said: “The country’s good must come before my own happiness. I do what I do for England and St George.

“My only regret is that I shall never again gaze on my one true love, Dane Bowers from Another Level.” 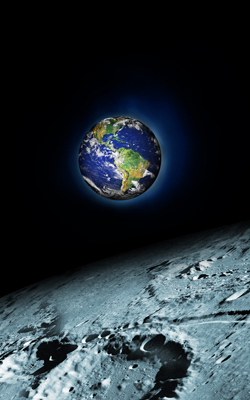 A BET-HEDGING European space probe will aim for Jupiter, but if it ends up on a moon or Saturn that would also be considered fine.

The European Space Agency selected the largest planet they could think of and even included several of its moons and neighbouring planets in the broad mission statement designed to make the inevitable disastrous outcome appear intentional.

Probe engineer Roy Hobbs said: “They’ve asked me to incorporate numerous tracking devices but given that it’ll probably blow up on the launch pad or ricochet off a passing planet, I’m just going to stuff the cavity full of Monster Munch.

“I offered to photocopy some pictures of Jupiter taken by a successful American probe for a fee of half a billion pounds, but they were having none of it.”

The mission is a bid to seek out new places the European Union can piss away money and if successful, a regular payload of currency will be fired out into the cosmos.

Eighteen million Euros have already been spent on focus groups and market research in deciding the ­Jupiter-ish probe’s name. ‘Juice’ was the eventual winner on grounds of utter banality, although there are suggestions that voting was manipulated after inevitable rude suggestion ‘Wanky Cock’ proved popular.

The probe will also be looking for signs of life.

Hobbs said: “I’m confident it will find some sentient organism. Probably a cod, after ‘Juice’ crashes into the Atlantic.”

He added: “I asked one of the board members why they felt that Jupiter was a likely candidate for extraterrestrial life and he said that it was confirmed in the song Fly Me To The Moon. Do you see what I have to deal with?”