IMAGES of male beauty in the media are forcing men to make a grudging effort to look half-decent.

Attractive actors and models have been blamed for new patterns of dysfunctional behaviour in men, like stopping to sniff the shirt that they found on the floor before putting it on.

Style consultant Tom Logan said: “In the past men have relied on wealth or the fleeting burst of confidence that accompanies binge drinking in order to snare a mate.

“But the increasing prevalence of men who look fit and clean is changing the rules and making men uncomfortable with their natural, healthy nose and ear hair and pallid distended bellies. Albeit not quite uncomfortable enough to do anything about it.”

Stephen Malley, a man, said: “I’ve become obsessed with having abs like Robert Pattinson. So I’ve sort of drawn some on, using a black marker pen I found down the back of the sofa while looking for crisps.

“From a distance it looks quite convincing.” 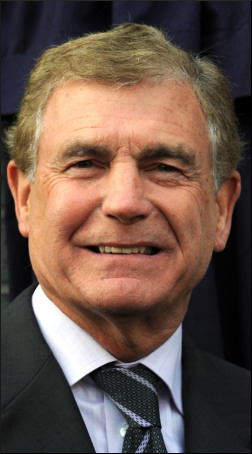 ENGLAND manager Fabio Capello has nominated his provisional list of 30
excuses for crashing out of the World Cup in June.

This will be whittled down to 23 after a series of friendlies establish
which of them sound the most convincing and hopefully involve the
Germans.

Capello said: “England has a great history of international footballing
buck-passing and I’m confident we have a golden generation of limp
rationalisations involving refereeing decisions. Blaming somebody else
is coming home.”

The squad of excuses contained few surprises, although ‘Temporary
inertia from a crushing sense of existential ennui’ and ‘Debilitating
erections caused by daydreaming of Trevor Brooking’ were unexpected late
inclusions.

Meanwhile ‘Exhaustion after a long league campaign screaming at referees
for awarding a throw-in’ is aiming to appear in its fourth World Cup
and ‘Being distracted by the thought of fucking everybody else’s wife’
was named captain as expected.

Capello said the squad was good enough to aim for a reason why they did
not reach the semi-finals and would be disappointed if it had to trot
out the same pathetic old crap in the group stages.

But he warned that England’s group C opponents had some outstanding
excuses of their own, adding: “America will use its ‘Terrible
domestic league’ early in the game while Algeria will look to utilise
‘Being partially French’ which generally explains all manner of
awfulness.

“But personally I am very excited that playing a World Cup on the
African continent gives us our first ever opportunity to build a dynamic and unstoppable excuse based on ‘antelopes’.”